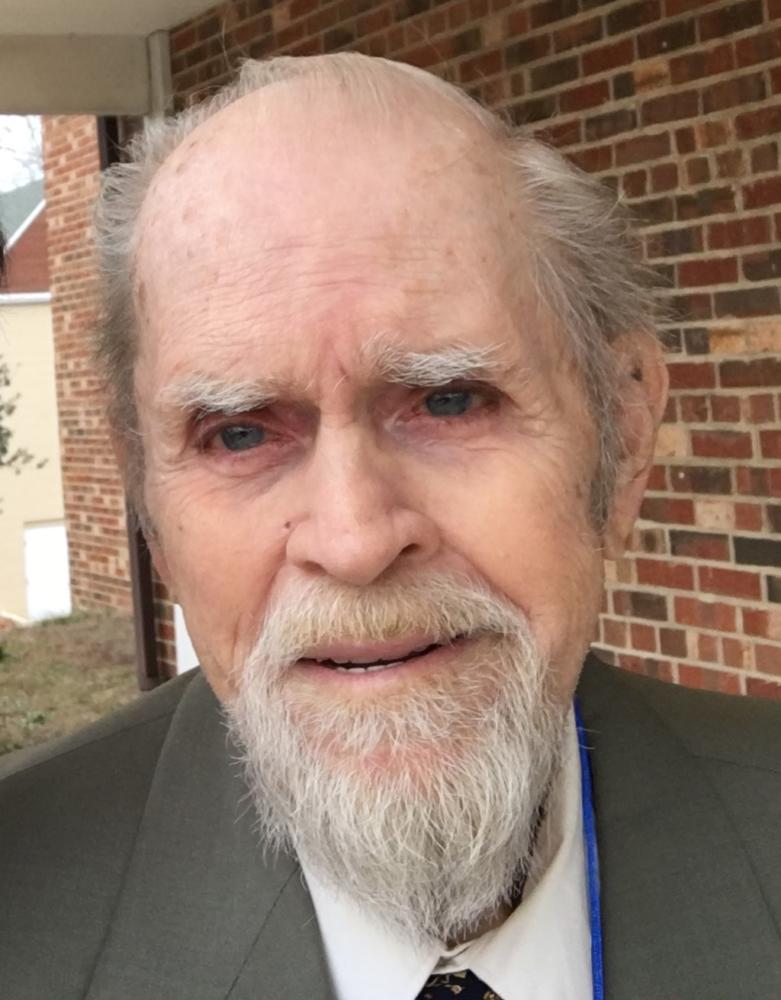 William Lee ”Catfish” Kugel passed away June 25, 2020 at Calvert Health Medical Center in Prince Frederick, MD- where he had spent many years serving as a volunteer.   Bill was born in Baltimore, Maryland to Edna and George Kugel, spent his youth there working in the family grocery store. He later  joined the U.S. Air Force when it was still a very young military service branch, where he  served until 1961 as an Airman Second Class. After his military service Bill worked at several professions including being an EMT in Nevada, captain of a security company in Buffalo, NY, and a Security Officer for IBM in NY and at the Naval Research Lab in North Beach, MD. He was also a construction foreman with Morrison Knudson Company.

Bill’s passions in life were music and Freemasonry. Bill sang in many bands and quartets during his lifetime. In one of the quartets, he used to brag that the alto was Dolly Parton’s niece. Bill played various instruments, including piano, organ, trumpet, trombone, clarinet, drums and vibraphone.

In Freemasonry, Bill  (known as “Catfish” by most of his lodge brothers) was a 44-year member and Past Master of Prince Frederick Lodge; a member of Bonnie Blink Daylight Lodge, and an honorary member of several others, including Thomas J. Shryock, Annapolis, Collington, and probably a few others unknown to his survivors.  He was also a member of many collateral bodies including the York Rite, Scottish Rite, the Shriners and the Allied Masonic Degrees- to name but a few.  He served many terms in various Grand Lodge offices, and helped countless Brethren to learn their ritual.

Bill was preceded in death by a son Kenneth Kugel. He is survived by his son Kirk Kugel and wife Kendra of Tenino, WA, his daughter Karen Scribner and husband Brian of San Antonio, TX, and grandchildren Joelle, Nathaniel and Tabitha Scribner.

So sorry to hear of Mr. Kugel’s passing. When delivering him MEALS (MOW program), he would ask if I would like to come in to chat, which I always tried to do. He was a gentle man and was very appreciative of all who brought him meals and said it was a blessing & he was so grateful to all the volunteers. I know he was very grateful for his friends at the Masonic lodge who gave him rides, etc.

He will be missed. With my sincere condolences.

It’s been many years but I remember a very kind & caring person who volunteered a lot. Karen & Kirk we are so sorry for your loss remember to keep your Dad’s memory alive in your hearts & share with your children.

Bill was a special person. He was my mentor as a volunteer at Calvert Memorial Hospital and trained me as a patient shuttle driver. After he was no longer able to volunteer he would still attend luncheons when possible to keep in touch with his fellow volunteers. He never failed to ask about my wife Ginny who worked at CMH for many years before retiring. He was gentle soul and dedicated member of our community. Our thoughts and prayers are with his family.

Bill was an amazing guy, I would bring him food every week from the food pantry and listen to his amazing stories, I would take the food in his house and bring it in the kitchen where he sat with the pictures of his grandchildren right in front of him and he would always tell me how much he love them, Bill always told me how grateful he was of all his friends and neighbors who help take care of him during these times. Bill we will miss you!

My condolences to the Kugel family. Catfish was a great man who accepted me and our Lodge when we visited. He always sat by me during repass and we had great conversations both Masonically and personally. He totally supported breaking the barrier between Prince Hall and Ancient Freemasonry. I will always remember is kindness and knowledge. The Great Architect of the Universe will be pleased to open the gates of Heaven for Catfish, and He will welcome him by saying… WELL DONE, MY GOOD AND FAITHFUL SERVANT!
Rest easy, Brother!