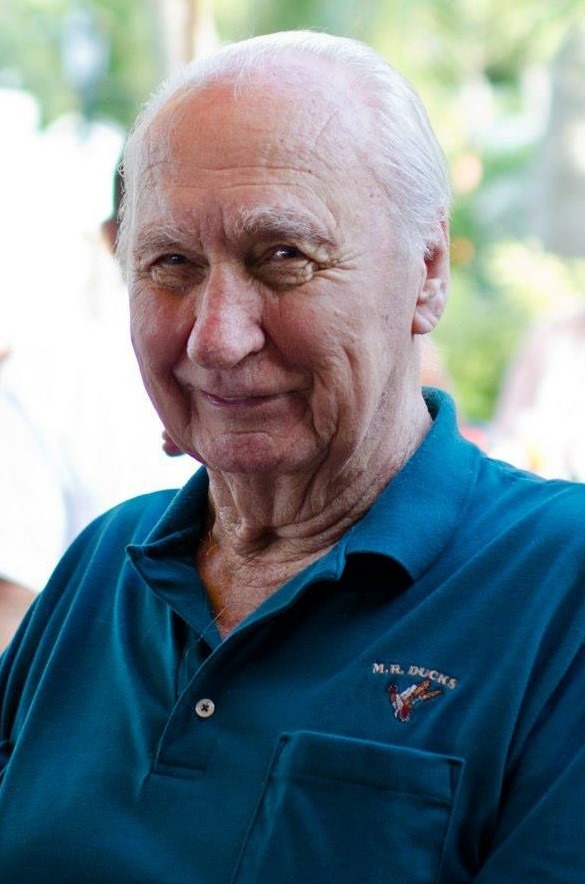 Bill Payne, 88 years young, of Friendship, MD passed away in the morning hours of September 12, 2017. He lived a long life full of love, family, hard work and great memories. Bill’s story starts in Memphis, TN on November 11, 1928. He was the eldest child of Henry and Clara Belle Payne. He was raised in the south until his parents moved to Washington, DC and gave Bill a little brother, Harvey.
Bill met the love of his life at 16 while at backyard party in the summer of 1945. Her name is Pat but he called her Patsy. Four short months and one signed consent form later, 17 year old Bill married Patsy at the county court. From that point on, he went to work.
Bill worked building houses. Bill worked driving a cab. Bill worked building boats and Bill worked at swooning Patsy. They built a street full of houses where they built their most prized project, their daughter, Vicki. They saved enough to do whatever they wanted but never spent a penny more than they had.
Bill and Pat raised Vicki in Suitland and gave her hand in marriage to Jim Weaver, also of Suitland. With their daughter starting her own family, Bill and Patsy were off to travel. They drove anywhere and everywhere. They traveled across the country, spent winters in Florida and eventually moved to Melbourne. Jim and Vicki had two daughters who quickly had Bill wrapped around their fingers.
Bill loved to spend time on the water; boating, fishing or meeting up with friends at the ol’ swimming hole. He always had a project to work on or something to fix up. He was so proud of his family. He ate Breyers ice cream every night and enjoyed a cold Miller Lite while watching his Washington Redskins.
Bill became a great grandfather in 2013 when he was given a new generation to spoil.
In November of 2016, Bill and Patsy celebrated 71 years of marriage. They still kissed each other every night and held hands daily.
Bill is survived by his wife, Pat Payne; his brother, Harvey Payne of Davidsonville; his Daughter Vicki Weaver and husband, Jim; Granddaughters Michelle Weaver and Ashley Hangliter and husband Ray, all of Deale and grandchildren; Haley, Courtney, Ray, Luke and Emersyn Hangliter.