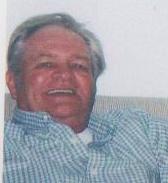 William Clifton “Bill” Smith, 65, of Prince Frederick, Maryland passed away on July 18, 2013 in Prince Frederick, Maryland. He was born September 6, 1947 in Prince Frederick to the late Billy and Betty Smith, and on November 21, 2009, a son; Richard Anthony Stallings also preceded him in death.
In 1967 Bill joined the Army and served in Vietnam. He was a member of the American Legion Post 238 and the VFW. He returned home in 1969 and worked at the Calvert Independent and also for “Uncle Sam” at Smith Printing until retiring in 2007.
Bill married Karen Frisco on March 20, 1969 in Prince Frederick. They had two children, James Clifton Smith and Sandra Lynn Smith. Grandfather of Samantha Marie and Haley Renee Smith; niece Debbie Lynn Frisco and Mike White, Sister Shirley Foard and her husband Teenie, nephews Tony and David Foard, and cousins who are as close as brothers William Lonnie and Clifton Gregory Smith. He is also survived by many loving family members and friends.
The family will receive friends at the Rausch Funeral Home, 4405 Broomes Island Road, Port Republic, Maryland on Monday July 22, 2013 from 4-7 PM where services will follow at 7 PM. Interment is private.On August 31, 2013, 2 PM there will be a celebration of Bill’s life at the American Legion Post #238 in Hughesville. Memorial contributions may be made to the American Legion Post # 238 Hughesville.