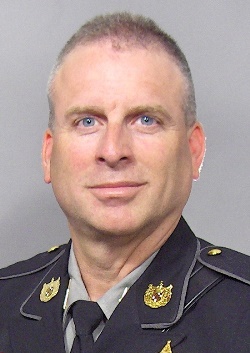 William Claiborne “Bill” Soper, 57, of Huntingtown passed away January 20, 2015 at Calvert Memorial Hospital in Prince Frederick. He was born October 1, 1957 in Canal Zone, Panama to William Franklin, Jr. and Mary Elizabeth (Bagley) Soper. Bill was raised in Rockville and graduated from Thomas S. Wootton High School. He received an associate’s degree from Montgomery Community College and went on to earn a Bachelor of Arts in sociology/criminal justice from the University of Maryland in 1980. Bill was first employed with the Rockville City Police, and then transferred to the Calvert County Sheriff’s Department, where he has served since 1988. Bill rose to the rank of Lieutenant, and served in many roles including polygraph operator, narcotics officer and as hostage negotiations team leader. He married Molly Beth Swann on March 4, 1995 and they made their home in Huntingtown. He was a member of Huntingtown United Methodist Church and the Fraternal Order of Police. He served as an adult leader in Boy Scout Troop 903. Bill enjoyed boating, the beach, going to Ocean City, and most of all spending time with his family.