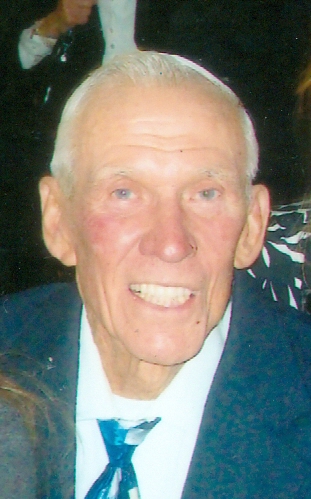 William Charles Maske “Bill”, 90 of Lothian, MD passed away July 8, 2016 at his residence. He was born in Riverdale, MD December 28, 1925 to William C. and Anna T. (Teske) Maske. Bill was raised in Prince George’s County and graduated from Hyattsville High School and attended the University of Maryland, to study agriculture. Bill served in the United States Navy from September 18, 1944 until being discharged June 30, 1946 as a Gunner’s Mate Third Class and receiving the American Theater Ribbon and Victory Medal.
Bill married Betty J. Wachter on February 25, 1950. They built their homes and operated their farms in Riverdale and later in Lothian, where they moved to permanently in 1976.
Bill operated a finish grading company from 1946 thru 1978 where he did grading, garden plowing, mowing and snow plowing in Prince George’s, Anne Arundel, Calvert and St. Mary’s counties. In 1978 he went to work for High’s as a maintenance engineer for their stores retiring in 1988. After retirement he returned to farming and gardening. He grew tobacco, hay and boxwoods; boarded horses, falconry, kept bees, raised German Shepherds, lamas, and cattle. Bill also enjoyed collecting arrowheads, hunting, fishing and just being outdoors.
He was a member of St. James’ Parish, Anne Arundel County Farm Bureau and a former member of the Riverdale Volunteer Fire Department, and the youngest member to drive a fire truck.
Bill was preceded in death by his wife Betty, J. Maske, son Kerry W. Maske and sisters- Antoinette Hamel, Ethel Warren and Edith Eversfield