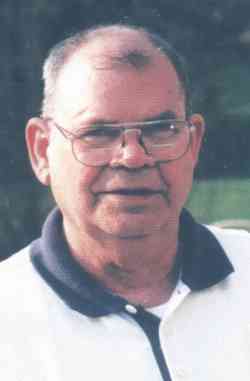 William (Bill) Mentzel, Sr., 78, of Huntingtown passed away June 9, 2014 at Northside Cherokee Hospital in Canton, Georgia where he had been staying with his son Dan & family. Bill was born October 12, 1935 at Johns Hopkins Hospital in Baltimore to Harold Leroy Mentzel, Sr. and May Yorkston Errington. Bill served in the United States Marine Corps 1st Marine Division during the Korean War and was honorably discharged as a Sergeant. After his active duty, he took an apprenticeship as a printer with Modern Linotypers which was a long established printing firm in Baltimore and later retired from the Government Printing Office, Washington DC in 1999. He married Gloria Mae Shifflett September 29, 1961 where they lived in Laurel Maryland for 13 years before moving to the “country” to raise their family in Huntingtown. Bill’s interests included fishing, crabbing, gardening, photography, model railroading, genealogy, ceramics and feeding & watching birds.