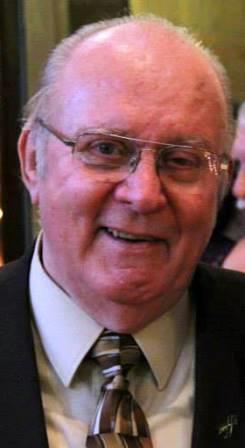 William “Bill” Howard Burns, Sr. 78, of Lusby, Maryland passed away in his home after a determined and courageous battle with cancer. Bill was an outstanding athlete, born in Alexis, IL to Kathryn Lutrell Burns and Robert McNamara Burns who owned a Drug Store in Rock Island, IL for Nearly 40 years. Bill was born September 23, 1937 the eldest of five boys. Bill was an outstanding three letter athlete who held track records for years. He also played football and basketball for some of Rock Island’s greatest teams. He played college football on a scholarship for St. Ambrose College in Davenport, before he enlisted in the Air Force; his final duty station was Andrews AFB, where he supported critical airborne communications for the President of the United States and senior leaders. While in the Air Force, he met and married Virginia “Ginny” Cole in 1965. He continued his career at the National Oceanic and Atmospheric Administration until he retired.

Bill loved life, he loved sports… playing-watching and coaching and he was involved with other great athletes in and out of the family. It wouldn’t be a stretch to say he probably was involved with thousands of young people in both Prince George’s and Calvert Counties where he became a legend and icon during his 40 year coaching career. Bill also enjoyed bird watching, visiting with anyone he met, telling stories, music, dancing, playing cards (read poker), and buffets. Bill translated his love for sports and people into his coaching career that began in the late 1970s with football in Suitland, MD. Shortly after moving to Lusby, he helped set up the SYB baseball program and eventually served as the Cal Ripken League Commissioner for Maryland. He also helped build a Boys & Girls program that went from several hundred children of all ages into a program that is well up into thousands (10,000 or more) in Calvert County.

Bill lived a lifetime as an eternal optimist and a faithful servant to mankind: his family, his wife, his country and his community were all touched by Bill’s generosity, kind words, love, humor and leadership. He lived the word of Jesus Christ and was a walking example of how to be a good man. Bill lived life by example!

Bill Burns is survived by his brothers Robert (Shirley) Bonita Springs, FL, Richard Aledo, IL and Thomas (Donna) Gainesville, VA, and his brother Jack’s wife Carol who came from Rock Island, IL to be his care giver for months during his cancer treatment, and his grandchildren Chrissy who Bill and his wife raised from a baby, Billy and Krystal, Daughter-In-Law Shelly and his great granddaughter Avery and nearly 20 nieces and nephews who loved uncle Bill dearly.
He was preceded in death by his parents, his brother Jack (John), his wife Ginny and his son William Jr.