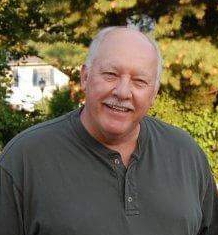 He was born on December 13, 1946, in Washington D.C. to William Frederick Miller ,Sr. and Clara Mae (Mullen) Miller. He grew up in Oxon Hill spending summers at the family cottage in Cobb Island.

He graduated from Oxon Hill High School in 1964. He joined Potomac Electric Power Company on February 1, 1965 as a helper in Substation Maintenance. He joined the United States Navy on March 27, 1968 and served until he was honorably discharged on December 1, 1969. He then joined Pepco again where he rose through the ranks and became a foreman. After 34 years in substation work he accepted a position as general supervisor, Support Services in overhead lines at Forestville. He returned to Substation Maintenance as general supervisor. In that position he directed 50 substation technicians as well as technical trainers and supervisors who were responsible for performing high voltage maintenance, testing, and facility upkeep for 130 substations and a member of customer – owned vaults and power plant switch yards on the Pepco system. He retired on February 1, 2009 after 44 years of service.

He was a Redskins fan and avid train collector. He wouldn’t miss a monthly breakfast or lunch with his retired friends from Pepco. He loved to steam a bushel of crabs and have his friends and family in to enjoy them. He was a very caring and generous man who would give you the shirt off his back.

He was predeceased by his parents and his brother, Jeff Miller.

Visitation will be on June 20, 2017 at 10 – 11 am with a service to follow 11am at Rausch Funeral Home, 4405 Broomes Island Rd, Port Republic, MD 20676. Interment will be private. Memorial contributions may be made to St. Jude’s Children’s Research Hospital.