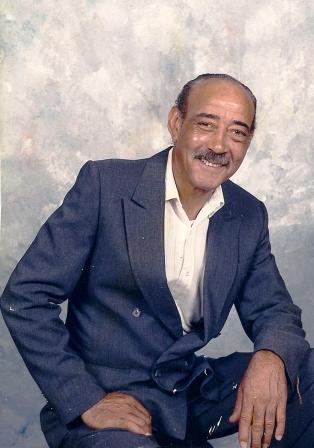 Wesley Carold Walker “Wes” “Fishman”, 80, of Lusby, MD passed away on February 13, 2013 at Calvert Memorial Hospital, Prince Frederick, MD. He was born on December 25, 1932 in Greenville, SC to the late Edwin Walker and Marie Fowler Walker. Wes graduated from Carver High School in 1950 and attended MD State Eastern Shore College and he went on to serve in the US Army for 12 years. He was stationed in Korea during the war. Wes retired as a Meat Cutter from Safeway in 1988 after thirty two years of service. He was known as an avid fisherman.
Wesley is survived by his devoted companion Rena C. Campbell of Lusby, MD; children Wesley C. Walker, Jr. of Silver Spring, MD, Edwin O. Walker of Montgomery County, MD. He was like a father to LaTonya M. Butler of Washington, D.C., Evan M. Lebby of Suitland, MD, Venise Young and her husband Joseph of Laurel, MD and Vincent Butler of Upper Marlboro, MD. He was preceded in death by his parents, daughter Cynthia L. Walker and his brother Charles V. Walker.