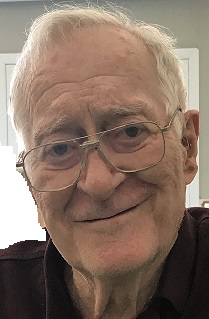 Walton Joseph “Sully” Sullivan, 86, of Solomons, MD and formerly of Linthicum, MD, passed away on June 7, 2020 at Solomons Nursing Center.

Born January 16, 1934 in Scranton, PA, he was the son of the late Robert Sullivan and Vivian (Coleman) Sullivan.

Sully graduated from St. Peter’s Prep in 1951. He served in the U.S. Air Force as a Radio Operator from February 27, 1952 until October 26, 1956. Sully was a Division Chief for the National Security Agency for forty two years, retiring in 1994. He was a member of the BWI Thurgood Marshall Pathfinder Program and the Phoenix Society, and he organized the Jelly Beans Softball Team.

Sully is survived by his children, Walton Sullivan, Jr. (Cathy Johnston) of KY, Robert Sullivan (Nancy) of VA, Jeffrey Sullivan of MD, Sean Sullivan (Diane) of MD, Patricia Sullivan Arter (Irvin) of SC, Pamela Donohue (Patrick) of MD, Kathleen Sullivan Arban (John) of MD, and Christopher Birely, Sr. (Katie) of DE; nineteen grandchildren; and fourteen great-grandchildren; and former wife Kathleen Sullivan. On November 6, 2014 he was preceded in death by his wife, Lola Jane Sullivan whom he married on October 14, 1989 in Pasadena, MD. He was also preceded in death by his siblings, Robert Sullivan, Jerry Sullivan and Sharon Kuhfeldt.

Memorial contributions may be made to the American Cancer Society, 405 Williams Court, Suite 120, Baltimore, MD 21220.

To Sully’s extended family my sincere condolences. I worked on and off with Sully for more than 30 years at NSA and always found him to be a considerate and caring man. He was a mentor to many young folks along the way and was well respected by everyone he ever met. May he rest in peace. This is a poem that provided me solace after my wife of 52 years passed away in 2008. I hope it can bring some comfort to you.

Death is nothing at all
I have only slipped away into the next room. I am I, and you are you, whatever we were to each other, that we are still.
Call me by the old familiar name. Speak of me in the easy way which you always used. Put no difference into your tone. Wear no forced air of solemnity or sorrow.
Laugh as we always laughed at the little jokes that we enjoyed together.
Play, smile, think of me, pray for me. Let my name be ever the household word that it always was. Let it be spoken without an effort, without the ghost of a shadow upon it.
Life means all that it ever meant. It is the same as it ever was. There is absolute and unbroken continuity.
What is this death but a negligible accident? Why should I be out of mind because I am out of sight? I am but waiting for you, for an interval, somewhere very near, just round the corner.
All is well.
(Henry Scott Holland)

I am so sorry for your loss. He was a giving man who helped me trace my family roots and had a wonderful sense of humour.

To Sully’s family, my most heartfelt sympathy. I met Sully at BWI Pathfinder Program and although I didn’t know him for a long time I know he was a true gentleman, a kind heart and a true friend. He will be greatly missed by many.

Sympathy to the family. Rex and I often chatted with “Sully” at the Nursing Center. He always had a little wave and smile.
Donna Miller

Trish and Kathy, I am so sorry about your dad. I know y’all will miss him. I love you and miss you. Love, LJ