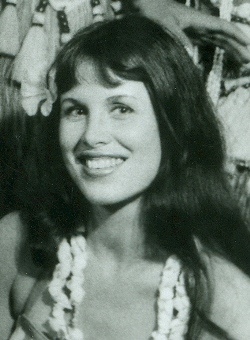 The Letteney family regrets to announce the passing of Verena Fruik on 26 January 2015. Verena was born on 3 December 1943 in Gottingen Germany. She grew up in Hannover, Germany and as a teenager became a professional ballerina. She moved to France where she received a degree in French literature and studied to be an airline hostess. While in France she met and married an American Army Captain and emigrated to the U.S. where she became a U.S. citizen.

Verena traveled extensively throughout Asia, the Middle East and Europe. She worked as a professional dancer, teacher, graphic artist, airline mechanic and as a park ranger. She married Reverend Gary Fruik in 1998 and settled in North Beach and then in Barstow, Maryland. She is survived by her husband, Gary, daughter Dr. Catherine Letteney and her husband Jay Berry of Chesapeake Beach, a son David Letteney of Toronto, Canada, grandchildren Julia and James Berry, a brother Peter and a nephew Christian.