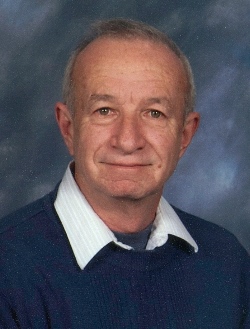 Thomas William Hudson, age 71, of Tracy’s Landing, MD passed away July 28, 2014 at his residence. He was born July 26, 1943 in Washington, DC to Thomas Patrick and Mary Eloise (Wilson) Hudson. Tommy was raised in DC and Silver Spring, MD and graduated from Archbishop John Carroll High School and attended Montgomery College. He served in the United States Navy from July 29, 1966 until being discharged on July 11, 1968 and served in the Naval Reserve until January 13, 1971. Tommy was employed in the parts department for several automobile dealerships, mainly Pohanka Oldsmobile in Marlow Heights and retiring from Adams Jeep & Chrysler in Annapolis in 2003.
Tommy was a member of St. Anthony’s Church in North Beach where he severed as an usher. He enjoyed collecting and restoring old radios and juke boxes. He was a good friend to many and was always willing to help with a problem or a project. Surviving is his sister Maureen A. Hudson of Tracy’s Landing, MD.