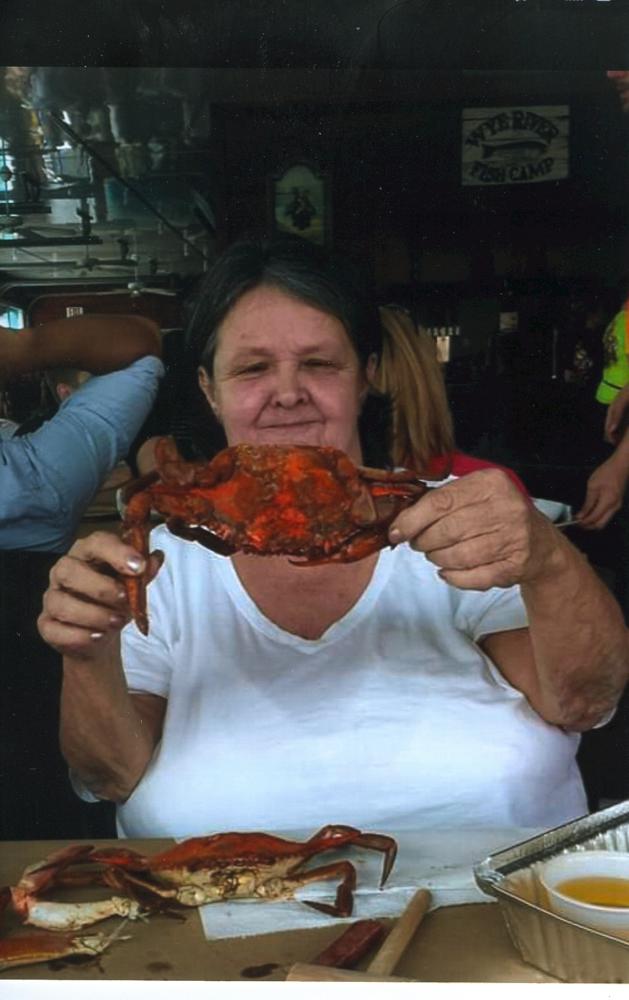 Thelma Diane Moreland, affectionately known as “Big Mama”, 70, of Upper Marlboro, MD passed away October 4, 2020. She was born September 8, 1950 in Prince Frederick, MD to Delores Bernice (Fowler) and Gorman V. “Bootie” Stallings. She was raised in Calvert and Anne Arundel Counties, and graduated from Southern High School in Lothian. She married John Edward Moreland April 5, 1967, and they lived and raised their family in Prince George’s County. She was employed as a food service cafeteria manager of Prince George’s County Schools, and retired in 2017 after the passing of her husband the previous year. She enjoyed shopping, casinos and other games of chance, eating crabs, spending time with her grandchildren and spoiling her cat “Minnie Pearl”.

Thelma is survived by daughters Sandra K. Moreland and Toni G. Vermillion and her husband William, Jr., and grandsons Shawn and Tyler Vermillion, all of Upper Marlboro, her mother Delores B. Fowler and a brother Carlis Byard, both of Clarksville, TN. She was preceded in death by her husband John Edward Moreland, her father Gorman V. Stallings, a sister Delores Moreland, and a brother Michael Stallings.