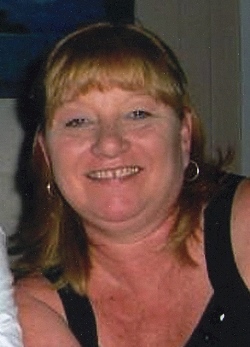 Terri Lee Parks, 60, of Lothian passed away January 26, 2015 in Harwood surrounded by family. She was born October 8, 1954 in Bethesda to Harry Clayton Chandler and Shirley Lee Mills. Terri was raised in Rockville and graduated from Richard Montgomery High School. She married Jeffrey G. Parks on November 21, 1981 and they made their home on the Parks family farm in Lothian. She was primarily a homemaker and also was employed as a bookkeeper at Shipwright Harbor Marina in Deale. Terri also owned and operated Tradewinds Marine Diesel Center at Herrington Harbor North. She enjoyed traveling, family vacations, jewelry and spending time with her family, especially her grandson.

Terri is survived by her husband Jeffrey, daughters Lindsey M. Parks of Churchton and Jenna L. Weckel and husband Jesse of Deale, and a son Kyle C. Parks of New Carrollton. Also surviving are her mother Shirley Turpin of Rockville, a sister Joyce Clay of Germantown and a grandson Chase M. Vanorsdale.