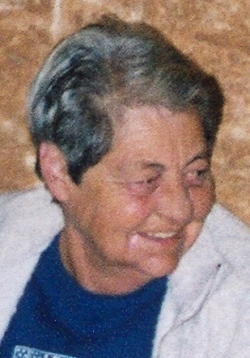 Sylvia Wayson Butler, 74, of Dunkirk passed away March 15, 2014 at Anne Arundel Medical Center in Annapolis. She was born at home on the family farm in Jewell, now Dunkirk, on December 7, 1939 to Cecil and Elsie (Sherbert) Wayson. Sylvia was raised on the farm and attended Tracy’s, and Southern Junior and Senior High Schools, graduating in 1957. She married Gerald Butler on October 30, 1960, and they lived in Arkansas and California before returning home to Dunkirk to raise their family. She was employed as an EMT and ambulance driver for twenty years and was also a softball umpire. Sylvia was a member of the Greater Washington Amateur Umpires Association for 42 years, and was inducted into the Hall of Fame. She was also a member of Friendship UM Church and a former member of Smithville UM Church and the Stallings-Williams American Legion Auxiliary Unit 206 in Chesapeake Beach. Sylvia enjoyed playing softball, and auto racing; she drove Al Unser, Sr.’s car in Upper Marlboro. Most of all, she loved spending time with her granddaughter, Elizabeth, and her nieces and nephews.
Sylvia was preceded in death by her parents, a sister Elsie Mae Hamilton, a son Michael Elgin Butler, and her husband Gerald Butler, who passed away August 25, 2000. She is survived by daughters Deborah S. and Tina M. Butler, a granddaughter Elizabeth M. Butler, and a brother Cecil S. Wayson, all of Dunkirk. Also surviving are nieces Kathy Frost and Robin Boerckel, nephews Kyle, Luke and Seth Wayson; great-nieces Heather, Ashley, Maegan, Kristin, and Kelsey, and a great-great nephew Mason.