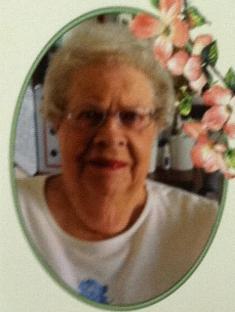 Sybil “Peggy” Steele, 86 of St. Leonard, died on October 30, 2012 at Calvert Memorial Hospital. She was preceded in death by her husband, Bob Steele, in December 1992.She is survived by her son John “Robbie” Steele, his wife Tammy, and two grandchildren, Amanda and Nick.

She was born in Arkansas and graduated from Vilonia High School with honors. She then began attending Business College from which she was directly recruited to come to Washington in 1944 to work for the Treasury Department. She began in the typing pool and received many promotions. She left the Treasury Department in 1962 as the administrative secretary to the Under Secretary of the Treasury. She worked for many years on Capitol Hill for the American Library Association, and several more years doing food demos in grocery stores which she dearly loved.

Peggy was always active in community affairs. She was a member of the Ladies Auxiliary to Landover Hills Volunteer Fire Department in Prince Georges County and held offices as Historian, Treasurer, and Vice President.

She moved to Calvert County in 2004 to live in an in-law apartment with her son and his family. She enjoyed and loved the 6 years she was able to spend there with her family. Most of all she enjoyed spending many hours with her two loyal companions and best friends Tanner and Denali.

In August 2010, she moved to the Solomon’s Nursing Center located in Solomon’s Maryland. While there she made many friends and was very involved in many activities and functions. She became President of the residents council and “true to form”, worked hard to make life better for everyone at the Nursing center.
A Graveside service will be held on Saturday November 3, 2012 at Chesapeake Highlands Memorial Gardens, Port Republic, MD at 11 AM.
Arrangement by Rausch Funeral Home in Port Republic. MD.

Memorial contribution may be made to the American Diabetes Association, 1701 North Beauregard Street Alexandria, VA 22311.