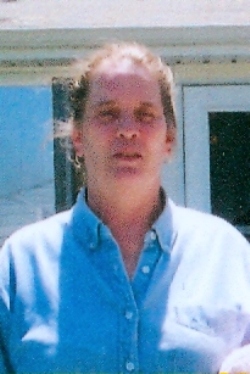 Susan Lorraine Adkins, 49, of Chesapeake Beach, MD passed away July 3, 2012 at her residence. She was born December 16, 1962 in Cheverly, MD to Harold Wayne and Barbara Jean (Pratt) Adkins. She was raised in Landover, Annapolis and Kent Island, MD and attended Annapolis and Queen Anne’s High Schools. Susan was employed as a truck driver for construction companies and in commercial deliveries. She has lived in the Chesapeake Beach area for twenty years. In her leisure time, Susan enjoyed reading, fishing and doing needle work.
Susan was preceded in death by a brother Robert W. Adkins, and grandparents Lawrence R. and Margaret A. Pratt and Evelyn M. and Harold Adkins. She is survived by her parents Barbara Jean and H. Wayne Adkins, Sr. of Chester, MD and by a brother H. Wayne Adkins, Jr., of Frederick, MD.