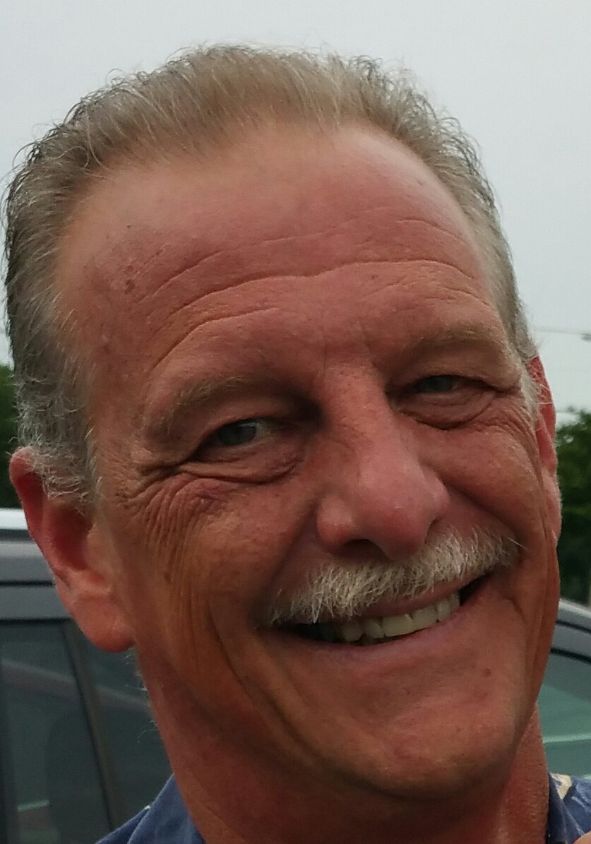 Steve graduated from Catonsville High School in 1976 and from Gupton Jones Mortuary College in 1982. He moved to Calvert County from Baltimore, MD in 1985 and was a Funeral Director for Rausch Funeral Home, P.A.

A Memorial Service will be held at a later date to be determined.

My heart is heavy in learning of Steve leaving this world, a place better because of him and all the people he has helped through his own vocation and huge giving heart. He helped me personally through some extremely difficult times when I did not know where to turn. I send my heartfelt sympathies to Suzanne, Astin,Renee,Lindsey,and Skylar Rose. May you be comforted by precious memories and know he will always be with you. We share in your sadness. Rest peacefully.

Blessings
Thanking Jesus in blessing me to have had the opportunity in meeting such a Spirit led and filled young man; as I visited my mother. Even as he walked his two favorite animals: he always smiled, waved, and had pleasant words to say. ❤ I know in this journey of life, Steve loved the LORD and all He blessed in his path. Thanking Jesus for a blessed, loving, kind, and great man of God.👑
Family and friends, I extend my condolences to you.🙏
Knowing: 1 Corinthians 15:50-58, John 3:16 📖 many Words Jesus prepare His people.
As you journey throughout this life; I pray your continuous strength in the LORD.🙏
Steve will be missed in the Community, he will never be forgotten. ❤
Knowing his living wasn’t invane. He truly was a blessing. 🙂
Jesus love you blessed family, so do I in the Spirit of Christ Jesus❣
BLESSINGS 👑
Denise L. Kent

I lost a good friend, our profession lost a good practitioner and our community lost a good neighbor. Thank you for all you did, rest in peace my friend. Gary Goff

Suzanne, I’m so very sorry for your loss! Prayers for you and your family.

Dear Suzanne, Astin, Renee, Lindsey and Little Skyla Rose,
Steve was a kind man and a wonderful father. I will be forever thankful for his love and concern for my son Henry as well. I am grateful Steve was always there for Henry. I will miss him greatly. May the Lord bless you, Smith Family, and keep you. May His face shine upon you and be gracious to you. May the Lord turn His face toward you and grant you peace. May He be close to you in this time of grief. Prayers and All my love.

Suzanne, Lindsey and Astin, there are no words to express the loss of a friend. It was an honor to have worked with him over the years. He will truly be missed.

To Steve’s family….he was the angel I needed 3 times. His quiet and comforting words helped me and my family get through some very difficult times. I know my George has greeted Steve in Heaven. Praying for God to be near you all now and forever

Astin and Family, I am sorry for your loss, and cannot imagine what you are feeling in your grief right now, but whatever that is, it is alright to feel it; as long as you all remember you are not alone. I hope you hold on to your memories of Steve; like a que ready to go over in your hearts whenever you need it, of the all the simple interactions up to the profound moments that helped to form you. Those memories are a worthy testament to a good man like Mr. Smith. May his soul rest in peace.

I lost a VERY GOOD FRIEND, with the passing of Steve. He will always be missed but will never be forgotten. I will miss you and your sense of humor. God Bless and Rest in Peace, until we meet again My Friend.

Suzanne, Astin, and Lindsey, your father was the kindest person I’ve ever known and I have always been proud to call him my friend for more than 30 years. My heart is heavy with sorrow for your family, and please know that I am now and will always will be just a phone call away. I know that I am a better person for having known Steve as he was always a blessing in my life. I will always have him close to me as he made such a wonderful impression in my life. I will keep all of you in my prayers. The world will suffer for his loss, but heaven will rejoice for his arrival and I’m certain welcome Steve with the sounds of angels singing. I will miss him every day.

I’m so sorry for your loss. Steve was a great man and he helped our family a lot when we lost our loved ones he will be missed a lot. rest in peace Steve. Prayers for the family

My mother, sisters and I are heartbroken for your family. Mr. Smith helped us with our funeral arrangements for our father in late Feb2020. He was so kind and caring. We will keep all of you in our prayers as you go through this difficult time.
Much love, The Cater,Gross,Black and Bowen families

Cindy and Billy Hooper
8:26am

Suzanne and family, Our condolences on Steve’s passing. Prayers for your family.

My heart goes out to you in your time of sorrow. Steve was a wonderful friend and will be sorely missed by the Goff family.

You are in my thoughts and prayers. I enjoyed working with Steve over the years. He will be missed.

Sending our love, thoughts, and prayers to you and the family to get through this very difficult time. We had a lot of good times, parties, and banquets to remember Steve and keep him in our hearts. He will be missed.

Susanne, Aston and Lindsay. I have known Steve for many years from my time working at the sheriffs office. But it was a real honor to have worked with him at the funeral home for the last five years. Steve told me when I first started at the funeral home, that feelings of emotions are a sign that you are alive. That emotions you are feeling are because you were somehow impacted in your life by the individual to whom you were expressing those emotions. My emotions of sadness now are conflicted by the honor and privilege I had getting to know Steve personally these past few years. I thank you for sharing him with us all and hope you will find peace in knowing how Steve had a positive impact on so many during his life. I can only hope you too are able to find that peace in your time of sorrow. Steve will be missed by many.

TED AND I ARE SO SORRY FOR YOUR LOSS. WE HAVE SUCH FOND MEMORIES OF ALL THE PARTIES AT OUR HOUSE. OUR THOUGHTS AND PRAYERS ARE WITH YOU. AND IF YOU EVER GET TO SOUTHWEST FLORIDA, PLEASE GIVE US A SHOUT, WE WOULD LOVE TO SEE YOU!!!!. GOD BLESS YOU AND FAMILY.

Suzanne and family, I send my condolences on the loss of your beloved husband, father, grandfather, brother, and friend to many. I remember when you were working on the floor and he would stop by to see you and I would enjoy seeing him because he was so humorous and full of life. I will keep you all in my thoughts and prayers. I hope you can find joy in the many memories.

So sorry to hear of Steve’s passing – a friend and an all around good guy… I worked with him on many occasions as he administered many of the funeral services at CBC Lusby, and he was always very kind and professional. My prayers go out to his family at this time of great loss. Blessings to Suzanne and the kids.

My condolences to the family , my thoughts and prayers are with you . I remember Steve from going to school together in Catonsville , always had a wonderful funny personality. He lived near my best friend growing up. Ran into him once many years later when I lived in Calvert County .

We were so sorry to hear of Steve’s passing. Steve always had a smile on his face, he was one of the most kind and funny people we had the pleasure of working with. Our thoughts and prayers are with his family, friends and co workers. He will be missed! – Cara & Kathy (and all of us here at the Calvert County Health Department).