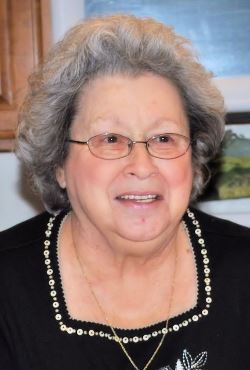 Shirley Violette Scott, 79, of Shady Side passed away October 26, 2014 surrounded by her family. She was born April 3, 1935 in Quince Orchard, MD to Warren and Virginia Catherine (Violette) Broy. Shirley married David L. Scott and they lived and raised their family in Shady Side. Mr. Scott passed away July 11, 1982, and Shirley later married Ernest Smythe. She was employed by the Prince George’s County Government in the finance office, retiring in 1995. Shirley was a member of the American Legion Auxiliary and the Moose Lodge. She loved Christmas, playing slots, going on cruises, yard sales, playing card games with her friends, shopping, cooking and telling jokes. She was known for giving to and helping others, whether they were family, friends or total strangers.

Shirley was preceded in death by her parents, husbands David L. Scott and Ernest Smythe, who passed away December 3, 2003; sisters Helen Payton and Elsie Walker, and brothers Howard, James and Arthur Broy. She is survived by daughters Scherrie L. Susano and husband Ron of Dunkirk, Cynthia M. Ermy and husband Anthony of Dunkirk, Theresa T. Richman and husband Chris of Shady Side, and Lorena Nicholson and husband Steve of Chesapeake Beach. Also surviving are a sister Frances Roth, fourteen grandchildren, eighteen great-grandchildren, and two great-great grandsons, and numerous nieces and nephews.