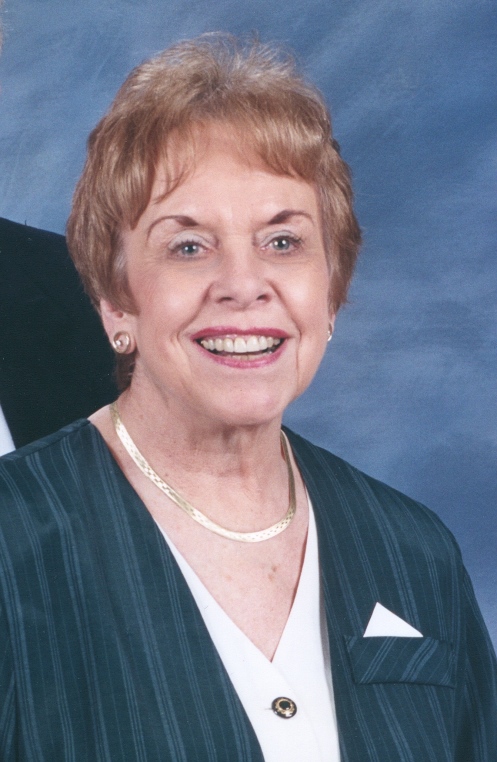 Shirley Jean Kallal, 86, formerly of Dunkirk, MD passed away February 23, 2020 at Riderwood Village in Silver Spring, MD. Born on April 30, 1933 in Chicago, IL. Shirley was the daughter of Glenn W. Landwehr and Marcella E. Schmitt. She met David J. Kallal on a blind date at the University of Illinois in 1951. She was employed with an advertising agency in Chicago. Dave and Shirley married in 1953 prior to his assignment to Hickman Air Force Base, Hawaii. Shirley enjoyed her role as an officer’s wife while raising their five sons. She was active in community, school, and church projects wherever they lived. After Dave’s retirement from the Air Force, Shirley resumed her education and obtained a position at Prince George’s Community College in Largo, MD. She served there in various positions for over 25 years. After retirement, she enjoyed family functions and worldwide cruises with Dave. Shirley was a very active member of St. Anthony’s Catholic Church in North Beach, MD. She was a member of the Ladies of Charity, altar server, Eucharist Minister, visitor to the home bound, and assisted with various projects at the church.

In lieu of flowers, donations in Shirley’s name may be made to the Ladies of Charity at the address below.

Dear Steve, Larry, Bruce, Mark, and Jeff,
It is sad to hear of Shirley’s death. My husband Lloyd and I met your family while Lloyd and Dave were in the Air Evac squadron at Brooks AFB in San Antonio in 1957 and again at the 48th squadron at Hickam AFB, Hawaii in 1963. I greatly admired your mother as she cared for 5 energetic little boys, yet was calm and composed by nature. She participated in the wives’ club and and had lots of friends. I felt honored to be one of them. She loved her family, and I am certain she will be greatly missed by her family and many friends, including Lloyd and myself.

My thoughts and prayers are with all of you during this difficult time, (especially my sister Carol and Larry). Bobbie

To my dear first cousins (Steve, Mark, Larry, Bruce and Jeff) and their families, my condolences to you. Your mother was bright, energetic, and a lady who I thoroughly admired. She was a beacon of light to many and will be missed. Love you all.