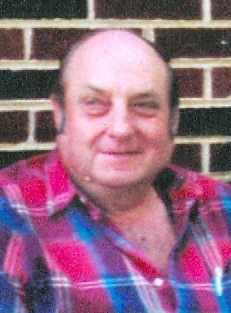 Shirley Edward Thompson, 74, of Chesapeake Beach passed away March 2, 2013. He was born September 10, 1938 in Floyd, VA to J. Murphy and Annie May (Hale) Thompson. Shirley was raised in Floyd and attended Floyd County High School, graduating in 1956. After high school, Shirley attended Ferrum College where he studied business. Shirley moved to Calvert County in 1958 and has been a resident of Chesapeake Beach for the past twenty years. Shirley worked with his brother, Earl Thompson at Thompson Lumber Company located in Sunderland. He and Earl later became partners and operated the business together. After his retirement from the lumber company, Shirley was a real estate developer and investor. He was a member of the Calvert Elk Lodge 2620, Calvert County Sportsman Club, and the Moose Lodge in St. Mary’s County. Shirley was an avid Washington Redskins fan, and also enjoyed NACSAR, playing cards and fishing.
Shirley was preceded in death by his parents, a brother Earl M. Thompson, a sister Mary Williams and her husband Gene, and a brother-in-law Ernie Fentress. He is survived by his devoted long-time companion Carolyn R. Jackson, a sister Louise Fentress of Christiansburg, VA, and brothers Newell Thompson and wife Verda Mae of King George, VA, Dorsey Thompson and wife Louise and Gene Thompson and wife Hazel, all of Floyd, VA. He is also survived by a sister-in-law Eula Thompson of Huntingtown, and by numerous nieces and nephews.