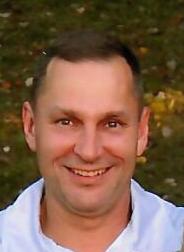 Sean Lee Montgomery, 50, passed away May 4, 2018. He was born October 14, 1967 in Winchester, VA to Howard Joseph and Cynthia Ann (Perry) Montgomery. Sean was raised in Edgewater, MD and graduated from South River High School in 1986. He joined the United States Marine Corps on September 4, 1986 and was honorably discharged July 29, 1987. Sean married Stephanie Young May 22, 1999 and they have lived in Owings since December of 2000. He was employed as a steamfitter with Local Steamfitters Union 602. Sean was a member of Mt. Harmony United Methodist Church and enjoyed hunting, crabbing and boating. He especially loved coaching his kids in wrestling and football and he loved spending time with his family.