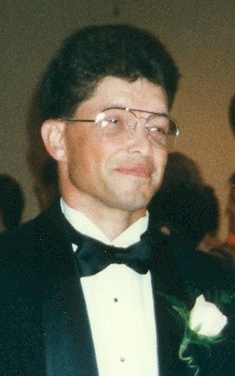 Scott William Howard, 49, of Dunkirk passed away September 18, 2014 at Calvert Memorial Hospital in Prince Frederick. He was born April 12, 1965 in Annapolis to John William and Katherine Elizabeth (Hanson) Howard. Scott was primarily raised in Annapolis and attended Annapolis High School. His family moved to Dunkirk in 1980, and he graduated from Northern High School in 1983. He was employed by the Maryland State Highway Administration as a heavy equipment operator until retiring in 2003 due to an injury. Scott was a member of the Dunkirk V.F.D. and the Maryland State Police Alumni Association. He enjoyed watching NASCAR and loved spending time with his family. He always had a story for anyone who would listen.

He was preceded in death by grandparents Luther, Sr. and Dulaney Howard, and Norris and Katherine Hanson, and uncles Charles, Robert, and Thomas Howard and Gary Hanson. Scott is survived by his parents Jack W. and Kittie Howard of Dunkirk, a brother Todd V. Howard and wife Kendra of Dunkirk; a niece Jennifer Howard of Annapolis; nephews Chris Ireland of North Beach and Alexander Howard of Dunkirk. Also surviving are aunts Bonnie Sears and husband Frank of Port Republic, Pam Lauer and husband Jeffrey of Annapolis, Dawn Dougan of Annapolis, Audrey Howard of Annapolis, Gloria Porta of Towson, and Maryann Steiner of Lewes, DE, and uncles Lee Hanson of Gambrills, and Luther Howard and wife Lavonne of Glen Burnie.