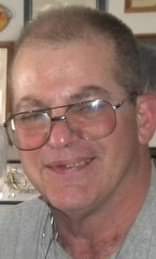 Salvatore Emilio Scavo, Jr., 73, of Lothian passed away March 15, 2021. He was born April 7, 1947 in New York to Salvatore Emilio Sr. and Mildred Eleanor (Cromer) Scavo. Salvatore grew up in New York and moved to Maryland when he was 18. He married Dorothy Linford on February 19, 1969 and they lived in Shady Side until moving to Casa Grande, AZ in June of 1977. He and Dorothy moved to Arizona City, AZ in 1988 and Fernley, NV in 1998, where they lived until Dorothy passed away in 2015. Salvatore moved North Beach in 2016 and later moved to Lothian. He married Kathleen Estes in 2016 and they lived in Lothian. Salvatore was employed as a printer for over 30 years, retiring in 2006. Salvatore was an avid fan of the New York Yankees and Washington Redskins. In his spare time, he enjoyed building and tinkering with things.