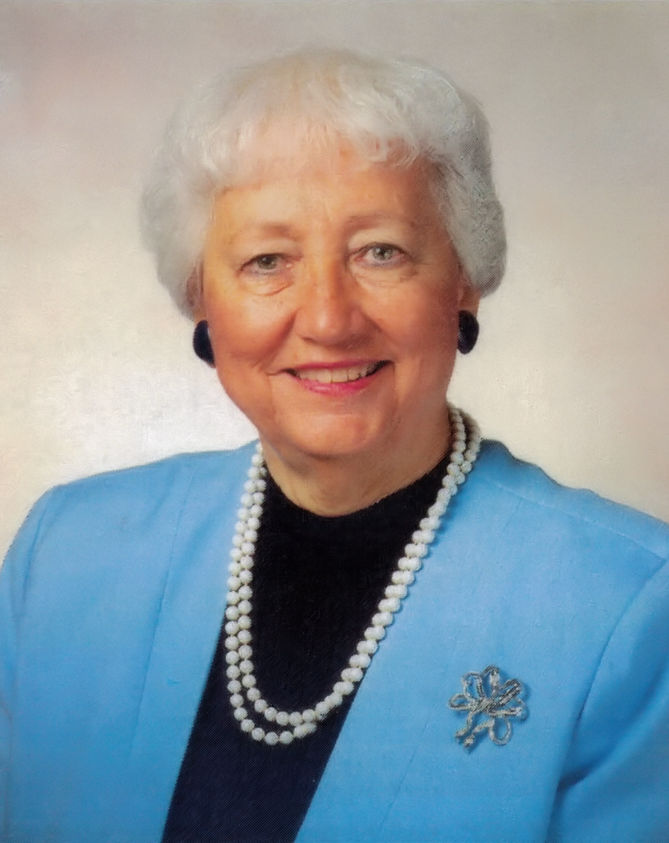 Ruth Gibson Davis, 91, of Silver Spring, MD entered eternal rest on June 29, 2017. Ruth, daughter of the late Floyd Gibson and Mary Ward Gibson of Owings, MD, leaves behind her husband of 71 years, Robert Elbert Davis. She was preceded in death by her sisters, Ann DeVeling and Doris Wood.

Originally from Owings, Maryland, Ruth met Bob Davis while working at the Naval Research Laboratory Annex at Chesapeake Beach, MD. They married and spent most of her years raising their family at their home in Cheverly, MD. Ruth was active in the community and the Cheverly United Methodist Church. After their children were school-aged, Ruth began her career outside of the home as a vision and hearing technician with Prince George’s County Public Schools. She became politically active helping Gladys Noon Spellman with a successful bid for the US House of Representatives. Ruth served as Congresswoman Spellman’s appointment secretary until campaign season, and then assumed the role as campaign manager, winning the 5th District seat 4 times. Later Ruth worked at senior resident complexes in College Park, MD, until her retirement in the 1990s.
She stayed active in the community and served for many years on the Prince George’s County Hospital Guild and Board of Directors, ultimately serving as an Emeritus Member of the Board. She also volunteered with the Riderwood Treasure Chest Committee and served on the selection committee for the Riderwood Scholarship Fund, which awards scholarships to deserving high school and college workers at Riderwood Village.

Ruth enjoyed being with friends and relatives and she never met a stranger. She had hugs and kind words for everyone she met.

In lieu of flowers the family requests donations be made to Riderwood Scholarship Fund, 3110 Gracefield Rd., Silver Spring, MD 20904 in the name of Ruth Davis.