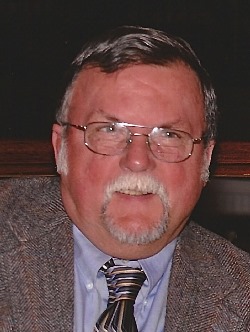 Russell Paul Mogel, Jr., 71, of Chesapeake Beach passed away March 21, 2015. He was born October 12, 1943 in Reading, PA to Russell P., Sr. and Jeannette (Shirey) Mogel. Russ was raised in Reading where he attended public schools. Russ enlisted in the United States Navy in 1961 and was honorably discharged in 1964. He was a volunteer fire fighter in Reading prior to moving to Prince George’s County in 1968, and becoming a professional P.G. County fire fighter for nearly 25 years. He was a Charter Boat Captain for 40 years on the Mary Lou, Mary Lou II and Mary Lou Too. He served on the Calvert County Tourism Board for over 20 years, was President for several terms, and was awarded the Tourism Person of the Year in 2006. He was a member of many organizations including; the Maryland Charter Boat Association since 1978, the Bay Business Group, the Stallings-Williams American Legion Post 206 in Chesapeake Beach, and he was a founding member of Seaside Fishing Charters in Chesapeake Beach. Russ served as Treasurer for the Prince George’s County Professional Fire Fighter and Paramedics Association IAFF Local 1619 as well as the Finance Officer for the Stalling-Williams American Legion Post 206 in Chesapeake Beach. Russ also enjoyed hunting, golf, and most of all, spending time with his family.