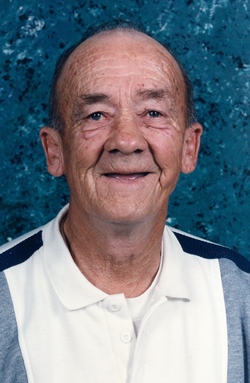 Russell Eugene Smith, 81, of Prince Frederick passed away June 8, 2014 at Calvert Memorial Hospital. He was born March 31, 1933 in Upper Marlboro to George V. and Mary Josephine (Tippett) Smith. Russell moved with his family to Owings in the late 1930’s. He has lived in Owings, Chesapeake Beach, Lothian, and has resided at Chapline Place in Prince Frederick for the past 12 years. He enlisted in the United States Army on September 18, 1953, serving in the Korean War and earning the National Defense Service Medal. He completed his reserve obligation and was honorably discharged June 2, 1961. Russell had various jobs in construction and painting. He was a member of the Stallings-Williams American Legion Post 206 in Chesapeake Beach. Russell enjoyed baseball, football, dancing, listening to country music, socializing, and ceramics since living at Chapline Place.

Russell was preceded in death by his parents and siblings Alice Stallings, Anne Jellison, Forrest Smith, and Jeanette Smith, and a niece Joyce McCarthy. He is survived by nieces Pearl Dowell and Gloria King; several great-nieces and nephews, and his companion Charlotte Karis.