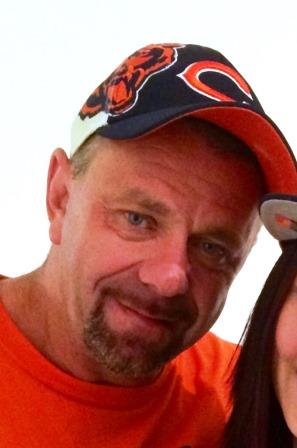 Born October 10, 1965 in Prince Frederick, MD, he was the son of the late Clarence Thacker and Cherry Marie (Ogan) Thacker.

Ronald graduated from Calvert High School and was the owner/operator of a gas station. Ronald was an avid Chicago Bears fan. You could always find him on a Sunday either watching the Bears, the Orioles, or rooting for Kevin Harvick during the races. Ronald enjoyed spending time with his family, especially at “Uncle Rog’s” house. To Ron, there was nothing better than a good cooked meal and an ice-cold beer. If you ask anyone about Ronald they would have nothing but positive things to say and also mention how great his sense of humor was. Ronald was always making someone laugh or laughing with someone. He will forever be in our hearts.