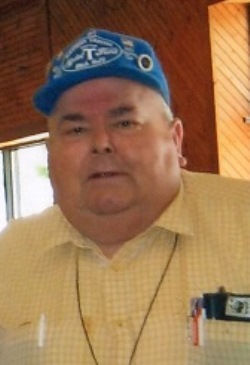 It is with a heavy heart that we share the sudden passing of Robert “Bob” Small Sr., of Holland Point, Md. A retired building engineer for Riggs National Bank, Mr. Small died Jan. 25, 2015, at his home. He was 73. Born June 11, 1941, to Ralph N. Small Jr. and Catherine Small, Bob and his brothers Jackie and Ralph “Gary” were raised in Bradbury Heights and Holland Point, Md.
Throughout his life, Mr. Small was dedicated to the men and women of the fire service. Because of his medical conditions, he was prevented from joining his father, uncle, sons, son-in-law and grandson-in-law in the family vocation. Instead, he devoted himself to supporting their endeavors with his great knowledge and pride of all of them.
In his retirement, Mr. Small was also an active member of the Friendship Methodist Church where he served on every committee and as the head usher for many years. He had a deep love for his church and its fellowship. He spent many hours tinkering with his Model T and Model A antique cars as well as his antique fire engines. He was an avid member of the Nation’s Capital Model T Club International, the Southern Maryland Model A Club and the Chesapeake Antique Fire Apparatus Association. He loved driving his antique vehicles in community parades.
Mr. Small expressed deep gratitude to his many friends and companions who helped take care of him throughout the years—especially his close friend Ricky Burns. He was predeceased by his parents and brothers. He is survived by three children; Robert Small, Debbie (John) Smith and Richard Small; two grandchildren Brittany Smith and Kristi (Matt) Babczak; and godson Dave Myers Buckley.