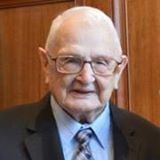 Robert Leroy Bohn, 83, resident of California, Maryland, passed away suddenly, on September 12, 2013.
Born in Lawrence, Kansas, January 9, 1930, the Son of Fred Bohn and Margaret Mason Bohn; Robert (Bob) had three siblings, Melvin, Richard, and Phyllis. He attended Manhattan High School and later graduated from Kansas State University. Bob was married and had six children by his first wife, Nancy Richardson Sommerville.
Bob was very active in Boy Scouts and worked his way up to the highest rank of Eagle Scout, and later as troop leader, inspired three more eagle scouts in the family, one son and two grandsons. Bob coached football and was always supportive in his kid’s activities. Bob served in the Navy, The National Guard, and subsequently retired from the U.S. Army with the rank of Command Sergeant Major. He served in Vietnam, Panama, and Korea. Upon retiring from the military, he went on to work on government contracts in Saudi Arabia, and later returned to the U.S where he settled in Southern Maryland, and retired as a Management Analyst from BAE Systems. Robert was an active member of the Olivet United Methodist Church in Lusby, where he served as Treasurer for many years, in addition to being active in the worship committee, book club, and singing in the choir. He was active in the Walk to Emmaus community where he supported many pilgrims and served on multiple teams. Robert loved Contemporary Worship and enthusiastically confessed Christ as his Savior. Bob also helped start the First Southern Baptist Church in Manhattan, Kansas. In addition to his religious aspirations, Bob loved golf, camping, and travelling.
Robert later re-married, and is survived by his wife, Karen; brother Melvin and his wife Vicki; His six children, Doug and wife Brenda, Carol and husband Joe, Jane and husband Rick, Kevin and wife Debbie, Mark and Silvia, Julie and husband James; and his three step children, Anthony and wife Christine, Veronica and husband Tim, and Christina and Mark; and 24 grandchildren, and nine great-grandchildren, as well as many nieces and nephews.