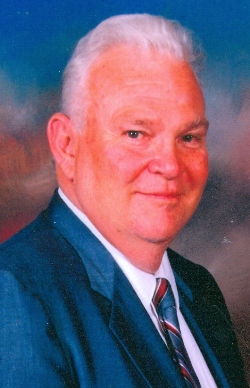 Robert John “Bob” McClain, 73, of Chesapeake Beach passed away December 20, 2012 at Calvert Memorial Hospital in Prince Frederick. He was born February 4, 1939 in Altoona, PA to Paul and Emily McClain. Bob was raised in Altoona and graduated from Altoona Area High School. Upon graduating, Bob served in the United States Marine Corps. He married Marjorie Kay Weyer on October 21, 1958 and they lived in Altoona, and later moved to Northern Virginia. Bob was employed at Hessick Oil Company as a service manager, retiring in 2001. Bob and Marjorie moved to Chesapeake Beach in 1976. He was a member of the Stallings-Williams American Legion Post 206 in Chesapeake Beach, where he served as Post Commander. Bob enjoyed gun collecting and spending time with his family.

Bob was preceded in death by his parents and three children, Michael A. and Paula Jo McClain and Tammy L. Hilnbrand. He is survived by his loving wife Marjorie Kay McClain, a son William J. “Toby” McClain and wife Annette of Altoona, PA and a daughter Tina L. Deyarmin of Chesapeake Beach. Also surviving are six grandchildren and four great-grandchildren.

I love you Daddy. I miss you so much.

I love you Daddy. I miss you so much.