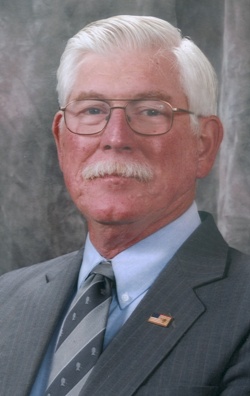 Robert Emmett Madel, known as Robert ,Bob, Rob, Dad and Grandpa, age 74, of Dunkirk, MD passed away unexpectedly July 22, 2014 at Washington Hospital Center. Bob lived his life in service. He spent 20 years in the Air Force achieving the rank of Technical Sergeant and spending the majority of those years with Nightwatch. He was stationed at Offutt in Omaha, NE, Andrews in Camp Springs, MD and Hickam in Honolulu, HI. We loved Hawaii the most – we lived across the street from the ocean in Ewa Beach. NOBODY wanted to leave when it was time.

After he retired from the Air Force, he continued his service to the country for another 20 years with the Secret Service, Technical Services Division. He did audio-visual technical security for Presidents, Vice Presidents and visiting heads of state. He traveled the world as a routine part of his work; he went from the top of the Washington Monument to the top of Hidden Lake Trail in Glacier National Park and many points in between. Bob LOVED his job and loved to talk about it with anyone naive enough to ask about it.

He was a mason, achieving the rank of Worshipful Master at Collington Lodge in Bowie, MD. He was also an avid model train fan and regularly set up train layouts at places like Brookside Gardens with the Washington, Virginia and Maryland Garden Railway Society. He attended Navy football games and had a regular group he tailgated with. He always cheered for Navy, except when they played Air Force. He delivered for Meals on Wheels, was an election judge and liked to ski regularly. He was one of the best theater parents the Calverton School ever had. He never met a stranger and was always willing to help someone in need.

He was a busy man but still found time to help Judy by mowing the lawn and helping her take care of their many assorted dogs, cats, birds, reptiles and fish, even lifting the 50-lb tortoise into the house when it was too cold for her to be outside. But he would NEVER hang up his keys so they were always misplaced!!!

He was a husband, father, grandfather, airman, agent, friend, neighbor, mason, volunteer, mother hen and organizer extraordinaire. He was stubborn, sarcastic, arrogant, forgetful, frustrating, conservative and sometimes infuriating. He was also kind, generous, helpful, accepting, comfortable with himself, was a great problem solver and was very loving. He never met a stranger and was always willing to help someone in need. .Even at the end of his earthly existence he continued to give. He was accepted as an organ donor and one very fortunate recipient already has a new liver. He was a real stand up guy.

He was preceded in death by his parents and a brother Peter E. Madel. Surviving are his wife Judy A. Madel, daughters Kathy Madel Juckett of Dunkirk and Robin Madel of New York, NY and grandson Zak Juckett of New York, NY. He had many friends throughout the world and will be greatly missed by us all.