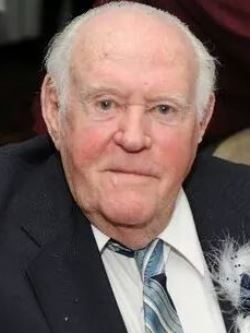 Robert Edward “Bob” Ogle, Sr., 80, of Lothian passed away August 12, 2014 at Washington Hospital Center. Bob was born in Landover on November 16, 1933 to Charles Richard and Myrtle Virginia (Christman) Ogle. He was raised in District Heights and attended public schools. He enlisted in the United States Army on February 9, 1954 and was honorably discharged from active duty February 8, 1956 as a Private First Class having earned the National service Defense Medal. He completed his reserve obligation February 28, 1962. Bob married Mary Estelle Mason on January 5, 1957 and they lived in District Heights. He was employed as a carpenter, and in 1961 began his career with the District of Columbia Government where he later rose to masonry foreman. Bob retired in 1990, and in his retirement he built homes. Bob and Mary moved to Lothian in 1970 and was proud that he built the two homes in which they lived and raised their family. He enjoyed tending to his vegetable garden, raising livestock and spending time with his family and friends. Bob was known as the “morning mayor” of Wayson’s Corner and also for his humor.