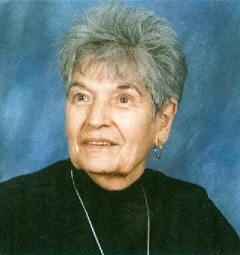 Rina T. O’Leary, 88, of Prince Frederick, MD passed away August 17, 2012 at Calvert Memorial Hospital, Prince Frederick, MD. She was born July 18, 1924 in New Haven, CT. Rina was raised in New Haven and attended public schools there. She enlisted in the U.S. Army July 19, 1944 and served as a Surgical and Physical Therapy Technician. Serving during WWII, Rina received the Meritorious Unit Service Plaque, American Service, World War II Victory and Good Conduct Medals. She was honorably discharged from the Army as a Technician 5 on September 6, 1948. Rina met James C. O’Leary when he was a patient at the hospital where she worked as a technician. The two were married June 12, 1948 and lived in Massachusetts until later moving to Maryland. A homemaker, she and Jim lived at Ft. Meade, Laurel, and Glen Burnie MD where they raised their family, and moved to Lusby, MD in the mid 1990’s. Rina was a member of the Women in Military Service for America Memorial, where her personal records and photographs are on display. She was also a member of St. Anthony’s Catholic Church in North Beach, MD. In her leisure time Rina enjoyed traveling, especially cruises, and reading.

Rina was preceded in death by her parents and her husband Jim who passed away in 1998. She is survived by daughters Catherine A. Sheridan of Chesapeake Beach and Maureen J. Hillary and husband Ted of Dewitt, MI. Also surviving are grandchildren Christopher Sheridan, Sandra Dileo, Stephanie Almy and Michael Sheppard; nine great grandchildren, a sister Louise Zito of Branfort, CT and numerous nieces and nephews.