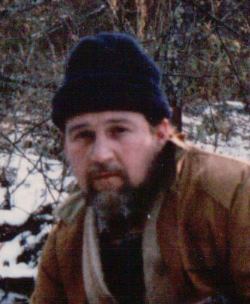 Richard (Rick) Sterling Roberts, 69, passed away suddenly on November 30, 2015 at his home in Dunkirk, Maryland. Rick grew up in Green Meadows, Hyattsville, Maryland. He graduated from Northwestern High School, Adelphi in 1965 and joined the IBEW Local 26 after earning his apprenticeship in 1970. Rick and Faith moved to Calvert County in 1972 and he began working at Calvert Cliffs Power Plant. Rick retired in 2003 to enjoy time with his dad, John Roberts of Annapolis who passed in 2007.

Rick coached many football, basketball, and softball teams for Calvert County Parks and Recreation. He provided a home basketball court for the neighborhood kids and enjoyed joining them in a game of hoops. He was an avid hunter and fisherman who loved being outdoors hunting in the Blue Ridge Mountains or fishing on the Marcy Lynn with his favorite captain, Richie. Rick was a devoted Washington Redskins fan who was thrilled Sunday afternoon after the win against the New York Giants. He lived his life filled with dedication to his family and friends.