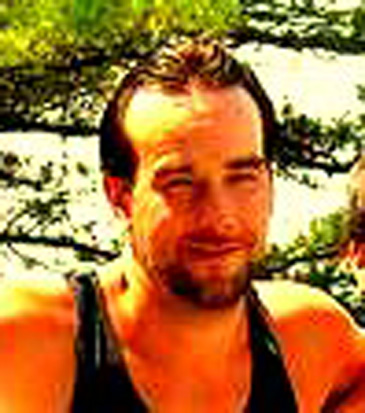 Richard Sean Ramp, 44, of Randall’s Cliff, MD passed away December 26, 2014. He was born in Annapolis, MD on March 22, 1970. He was the son of Ella Clarke (Gotsis) Ramp and the late Richard Paul Ramp. Sean was raised in Chesapeake Beach and attended Northern High School in Owings, MD.
Sean worked as a very well respected tattoo artist. He had an extreme passion for all forms of art, with the ability to convey his ideas and emotion in every piece he created. Sean craved knowledge, he could often be found playing a game of scrabble or watching Jeopardy, usually winning. Sean’s quest for knowledge led him to notoriety when in 1984 he and a friend discovered the remains of a long extinct whale, making headlines in the Washington Post. Sean was a devoted Pittsburgh Steelers fan that displayed his love daily, through his in depth knowledge of statistics and wide range of attire. Sean spent his free time working on his art, reading books and enjoying the company of family and friends.
Sean is survived by his mother Ella Clarke (Gotsis) Ramp of Chesapeake Beach, MD. Aunt Cathy Simmons of Pumfred, MD, Uncle Edward Kropke Jr. of Chesapeake Beach, MD. Aunt Peggy (Wayne) Matkins of Little River, SC, Aunt Ruth (Peter) Savage of Little River, SC, Aunt Frances Raymond of Little River, SC, Aunt Barbara Maurer of Richmond, VA and numerous cousins and many friends.