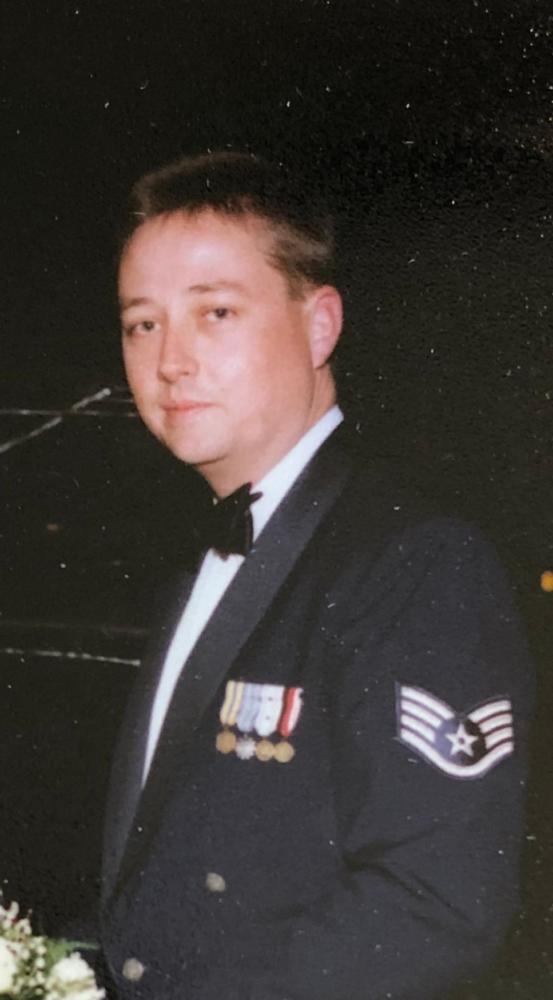 Born December 20, 1960, in Burbank, California and raised in Simi Valley, Scott passed away peacefully on July 2, 2020, surrounded by his beloved family following a year-long battle with glioblastoma, an aggressive form of brain cancer.  He is pre-deceased by his parents, Leon “Travis” and Shirley Conatser and is survived by his four siblings:  Lisa Cook, Linda Greaves, Melanie Rodenbeck and Clayton Conatser, and by numerous nieces and nephews and countless friends.

Nicknamed “Nat” while in the United States Air Force, Scott honorably served with distinction as a non-commissioned officer from 1979-1994.  As a graduate of the Defense Language Institute, with his specialty as a German-Russian cryptologic linguist, Scott received assignment postings at the National Security Agency in Maryland, and at Tempelhof Air Base in Berlin, Germany, where he made significant contributions to the security of our nation, Europe, and NATO.  During his assignment in Berlin, Scott witnessed the historic fall of the Berlin Wall.

For the last 28 years, Scott has been Vice President and General Manager for Federal Information & News Dispatch (FIND) of Washington, D.C.  Scott was a positive inspiration to many individuals throughout his life and he will be missed always.

The family wishes to thank all of Scott’s amazing friends, doctors, nurses, and hospice workers.  The date of his celebration of life will be announced at a future date.

In lieu of flowers, the family requests that contributions be sent to Scott’s favorite animal shelter; Calvert Animal Welfare League (CAWL) at the address and link below.

One of the nicest and funniest people I ever knew. I was stationed on Berlin, GE and worked with Nat in the early ’80s. Taken away much to soon.

May Nat rest in peace. I(Karen Voglezon) worked at FIND for about 13 years. Nat was a nice and funny (sense of humor) person. He will be missed.

Scott,
We will miss you
So many fond memories of our youth in band and after hour parties. You were always so kind to me like a big brother
R.I.P our friend
Tom & Dawn Wallace

I knew Nat for years. He was my first trainer when I got to Berlin. He was also a friend. No one at that station knew more about our work than Nat. I would say it came easy but I knew how hard he worked to obtain his knowledge and analytical skills. Nat was also passionate about the arts. He starred in plays and he directed them. They had a tight bond, the TCA Players. The cool thing about him is he had so much knowledge in so many fields and may times he was the smartest person in the room. But he never made you feel stupid. He loved conversations. And I know he was a compassionate man. The world is going to miss him. Rest well Nat. – Smitty

Uncle Scott,
I can’t tell you how much Ryan and I miss you. Thank you for making me feel like part of the family long before I “officially” became a part of it. You appreciated who I was and always let me be myself- you always made me laugh and feel so good about myself. I’m going to miss our talks, the drinks we would all share, and the laughs.

Nat was full of sarcasm, humor, wit, straight talk, and charm. Miss my buddy a lot! It was a pleasure working with him for 17 years at FIND. Taken way too soon! Love to all who are feeling his loss.