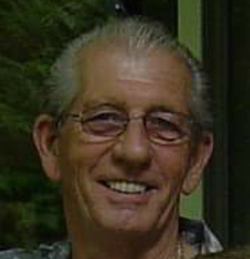 Richard Leslie Day, 74, of Owings passed away October 7, 2015. He was born April 22, 1941 in Washington, DC and raised in District Heights by his mother Arminta and step-father Nelson Kidwell. He graduated from Suitland High School in 1959 and then attended the University of Maryland. He married Eileen Bozic on January 8, 1970 and they have lived in Maryland for the past 28 years and Owings for 19. He was employed by Bay Mills Construction and Kaine Homes and for the past six years, he owned and operated Day’s Construction. Richard enjoyed his work and also attending NASCAR races, camping, travel, cruises and most of all spending time with his family.

He is survived by his wife Eileen Day, daughter Lisa M. Cousin and husband Robert of Davis, WV, step-son James Wilcox of Owings, and grandchildren Brittany and John Cousin, Geddy Stewart, and Cory, Jeremy and Brandon Wilcox. Also surviving are two great-grandchildren, sister Doris J. Smith and husband Warren of Harwood, step-sister Barbara Egnor and husband Joseph of Erwin, NC, and numerous nieces and nephews. Richard was preceded in death by his parents and a step-son Wayne Wilcox.