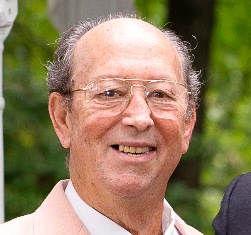 Richard Lee “Dick” Dial, 75, of Huntingtown, Maryland passed away on December 24, 2012 at his home. Dick was born on February 17, 1937 in Barboursville, West Virginia to the late Frank Dial and Clarice Meadows Dial. He retired from the Department of Defense after working 37 years. He played the guitar and was the lead singer in a band called the Country Tones that played music in and around the area for many years. Dick enjoyed anything to do with the water, fishing and crabbing were two of his favorite pastimes.
He is survived by his wife, Anna L. Dial, father of Steven R. and his wife Joanne Dial, of Wye Mills, MD, the late Leslie C. Richardson and grandfather of Rebecca and Garrett Richardson. He is also survived by his mother, Clarice Dial of Barboursville, WVA, and sisters Debra Clark and Thelma Cabell, both of Barboursville WVA.
Friends may call at the Rausch Funeral Home, 4405 Broomes Island Road, Port Republic, Maryland on Friday December 28, 2012 from 5-8 PM where services will be held on Saturday December 29, 2012 at 11 AM. Interment will follow in Chesapeake Highlands Memorial Gardens. Memorial contributions may be made to American Cancer Society.