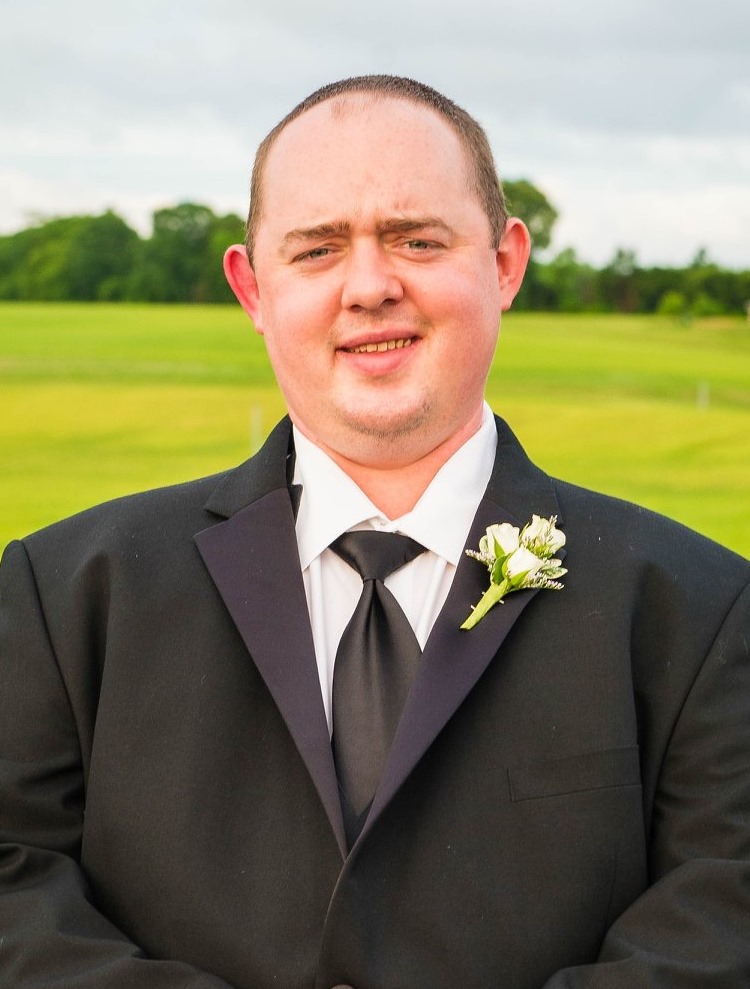 Richard Howard Pickeral, Jr., 27, of Lusby, MD passed away on September 1, 2019 at Chesapeake Shores Nursing Center, Lexington Park, MD. Born May 29, 1992 in Clinton, MD, he was the son of Richard H. Pickeral, Sr. and Kimberly  Pickeral.

Richard graduated from McDonough High School in 2010.  He served in the Army Reserves from January 27, 2010 until January 28, 2018 and was a Maintenance Technician for Charles County Government for three years. He married his wife Ashley Pickeral on May 19, 2018 at Bowles Farms in Leonardtown, MD.

Ashley and family my heart breaks for you. Richard was way to young. Just hold on to all the memories that you have with him. They can never be taken away!

I am so very sorry for your loss. My heartfelt condolences go out to all who loved Richie. I pray you find peace and comfort in your memories.

I love you so much son! I just want you back!

Hey Kim, Richard, Lauren and Billy. I just knew that I would look on Facebook one day and see that Richard was doing much better.
I can’t imagine…..My prayers are with you all.

Richard, Kim, Lauren, Billy and all of the family of Richard, Jr. My heart bleeds for you after learning about the loss of your beloved Richard, Jr. My prayer is that you will remember the wonderful times you shared with him knowing that he loved all of you. His life spoke for him. What a wonderful person I remember him to be while visiting GPMS. God bless you during this difficult time in your lives.
Much Love,
Phyllis Bullock

We are soo very sorry for your loss. You all are in our thoughts and prayers. He fought hard but sometimes God wants the great ones earlier than expected. I hope you find comfort and peace in your memories together. If you or the family need anything, please let us know. Your not alone
and we all love you all 💜

Ashley and Family: I pray that our Lord and Savior holds you in his loving arms during this time. We are keeping you in our thoughts and prayers.

So sorry for the loss of a great young man. You were more to me than just a young man you were a chosen nephew . My heart breaks, for you were so young and just starting your life but God saw a different plan for you . Prayers to All May God wrap his arms around us and this time of need . Until we meet again sweet boy!!!Love the Warren and Grimes family

I was shocked to hear the news of Richards passing. I worked with him at the plant I am so sorry for loss. I pray you find strength through all of this.

I’m so sorry to hear about Richard. I can’t imagine the pain you must all be going through. I met Richard a few times and he seemed like such a caring person. My condolences to all who love him and will miss him.

Richie, there are no words that could be said to even touch how much we lost by losing you. You were an amazing son, brother, nephew, cousin, friend, and one hell of a uncle. I will forever carry our last visit in my heart always. I will never forget your blues, and that devilish smile. You made me proud to be your Aunt! Fly high, and kiss all those we have lost before you 💕 I love you Richie 😘

We were devastated to hear of the passing of Richard. He was one of our all-time favorite Blue Knights. Our thoughts and prayers go out to the entire Pickeral family.
Love,
The Zito Family

Kim so sorry for you and your family. I can’t imagine what you are going through. My thoughts and prayers are with you.

May you find comfort in your memories of Richie. He was a amazing young man, whom will never be forgotten. Fly high Richie and keep a eye on those who loved you.

Kim and family may God wrap you in His love and comfort. I pray that you will find peace and joy in fond memories of Richard. My heart aches with you.

I’m devastated to hear of the passing of Richard Pickeral. He was one of My Soldiers when I served @ Ft Meade MD 2011-2016. My thoughts and prayers go out to the entire Pickeral family. I’m still remember him, SFC Kim.

My deepest sympathies to Ashley and family. Rest in Peace “Richard”.