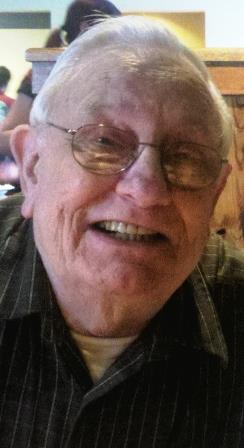 Richard Franklin Henry, 88, of Lusby, MD passed away on August 14, 2015 at his residence. He was formally of South West, Baltimore, MD

Born December 21, 1926 in Strasburg, Virginia, he was the son of the late Luther Franklin Henry and Ruth E. (Sine) Henry.

Richard served his country in the U. S. Army from 1945 to 1986, retiring as a Sargent First Class. He also served as a Police Officer in the South West District of the Baltimore City Police Department. Richard retired after twenty years of service. Richard married his beloved wife Anna Promeneski on April 1, 1961 and they just celebrated fifty four years of marriage. Richard was a veteran, a hard worker, and a loyal and loving father and husband.

Richard is survived by his wife, Anna Henry; his daughter, Linda Henry Allen and her husband Gordon Thomas Allen and his grandchildren, Rebecca Jill Williams and Joseph Thomas Allen.