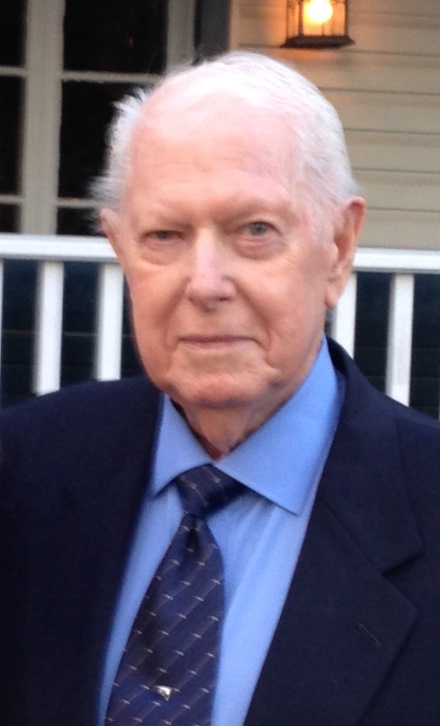 Richard Earl “Dick” Daniels, Sr. of Chesapeake Beach Maryland passed away peacefully at home on July 5, 2018. He was 90 years old. Dick was born on January 3, 1928 in Kansas City Missouri. He was adopted by Jeanette and Earl Daniels and was raised in Greene, Iowa. He graduated high school in Bristow at age 16 to attend Wartburg College and later graduated from Northern Iowa (Teacher’s College). Dick met his sweetheart Marita Milroy at Wartburg and they married on Oct 23, 1948. He enlisted in the United States Army and served in the 82nd Airborne. He completed 23 jumps and was known as “Deadeye Daniels.” Upon discharge he graduated college and became a school principal for 3 weeks until he was recalled back into the Army and stationed at Ft Monmouth as a nuclear physicist. After 3 years, Dick chose to work for General Electric. He and Marita moved to the Chicago area for 12 years. They raised their 3 oldest children and gave birth to their 4th before moving to New Jersey in 1967 when Dick was promoted to be the sales manager for the East coast and Canada. Years later Dick went into business for himself. Dick’s family was his number one priority. Dick was an active member of the Presbyterian Church in Morristown New Jersey for more than 40 years before moving to Chesapeake Beach Maryland and joining First Presbyterian in Annapolis, Maryland. Dick also was a member of Springbrook Country Club and enjoyed golf with his friends and his family.

Dick is survived by his wife of 69 years Marita, daughter Anne and her husband Al, daughter Lynda Byer and her children Jonathan and Jennifer, daughter Heidi, daughter-in-law Leslie, and companion Jim Wilhelm. He is predeceased by a son Richard “Rick” Earl Daniels Jr and a son-in-law Albert Byer.

Donations in Dick’s name may be sent to the First Presbyterian Church in Annapolis Maryland or the Arbor Day Foundation.