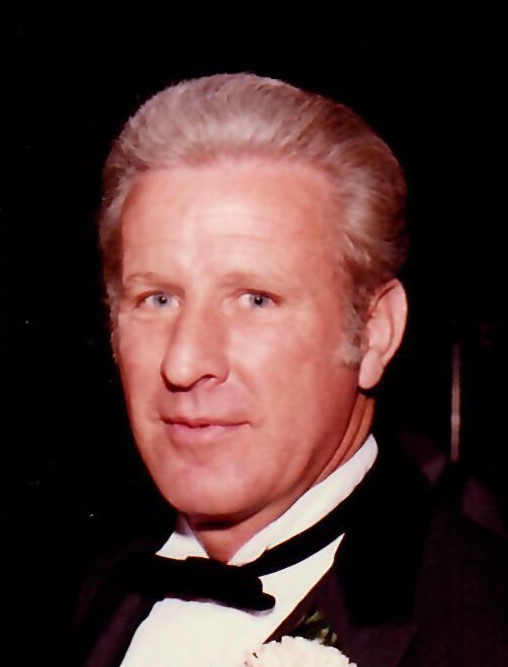 Rex Faw, 87, of Dunkirk passed away June 25, 2020. He was born July 29, 1932 in Millers Creek, NC to Vestal and Grace (Brooks) Faw and grew up in North Wilkesboro, NC. Rex married Helen in 1952 and they have lived in Dunkirk for the last 36 years. He joined the United States Army in 1953 and was honorably discharged in 1954, having earned the Good Conduct Medal, National Defense Service Medal, United Nations Service Medal, and the Korean Service Medal. Rex was employed by Sears in various management roles for many years, retiring in 1984. Following his retirement, he went to work for Buck Distributors and retired again in 1994. Rex was an avid sports fan, especially golf and he loved spending time with his grandchildren and great-grandchildren.

Rex is survived by his loving wife of 67 years Helen C. Faw of Dunkirk, children Rex Anthony “Tony” Faw and his wife Julia of Annapolis and Teresa Grimes and her husband Jim of Crofton, grandchildren Tara Miller and her husband Nick and Ryan Faw, and great-grandchildren Blake and Rhett.

To a great friend, mentor, and just all around tremendous person. My life has been better because of him. Rex was just A wonderful man who impacted many people in a very positive way. I will miss him but never forget him. God bless his soul.

Dear Teresa,
may your loss be softened by the love and wonderful memories of your dad. Our prayers are with you and your family.
Please remember that those who we love will live in our hearts forever.
With deepest sympathy.