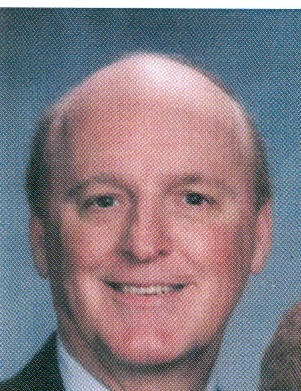 George Charles Batson, 88, died of natural causes on September 4, 2020 at home surrounded by his wife, Roberta Batson, niece, Tracy Johnson and other family members. He was born in Washington, DC on June 14, 1932, the son of George Edward Batson and Alta Godel Batson.

Dr. Batson was ordained by the Assemblies of God in 1967 and served as a pastor, as well as 32 years as a world missionary. He was best known for his Expository Preaching.

George served in the US Navy during the Korean War.

He met and married, Roberta Modlin in 1964. They celebrated 56 years of marriage in June of this year.

Oh so sorry to hear. I didn’t know he was ill. Praying for you & the family! Not easy as we get older. All we can do is say Thank you , Jesus for today. Heaven’s sounding sweeter all the time! Love, Pat & Charles Wheaton

The homegoing of a true saint of God who dedicated his life to His Lord and God’s calling upon his heart is to be celebrated. We rejoice that Brother Batson kept the faith and is now resting in glory. We pray for you, Roberta, as we know the hours and days ahead will be challenging as you miss him. What a beautiful and rich life God gave you….so many precious memories for you to now treasure and replay in your heart. We fondly remember the groundwork you both laid for the ministry in Annapolis, MD, and the honor it was to serve there several years. Souls were touched, saved and even called into the ministry while we were there…due to your prior “planting”. Even today there are those in ministry that came from our work there…today SEVERAL generations of ministers! Thank you to you both for being faithful. Great will be the eternal rewards. May the Comforter be ever near you in the days ahead, Roberta. Again, thank you so much for sending this notice.

Praying for you today during this service

My deepest condolences to you, Roberta, and the rest of the family. May you know the comfort of the Lord so deeply in these days. I have such fond memories of your ministry and friendship in the days you were here in Belgium. Sending you much love from here. 💕 Renée

What a loss! A dear and great servant of God. The world is a poorer place without George here. But so good for heaven. Praying for you Roberta every day. With love and blessings always Dee

Dr Batson has been promoted to Glory to see his King face to face. He is greatly missed but his legacy lives on. It was such an honor to have him as my professor in several classes at CBC/CTS in Brussels. He truly impacted my life and ministry. Especially thankful I am to Dr Batson for teaching me to preach from the Word of God by Expository Preaching. He also set an example by always listening to the Holy Spirit. Any class could suddenly become a place of prayer and worship and we were touched by the glory of God through Dr Batson’s teaching ministry.
Sweet Roberta, Mrs Batson, may you find comfort and strength in this time of grief. I want you to know that your sweet personality and warm smile has also deeply impacted my life and set an example. Thank you for being willling to cross the Atlantic to serve beside your husband for so many years. I am sending you much love and prayers from Sweden.

Some have left an indelible mark on the history of humanity and has impacted so many lives around the world. Dr. Batson is one of them who has impacted so many lives with his powerful teaching and preaching, through his writing and through the powerful anointing he carried. We had powerful times of prayer in the classroom with Dr. Batson. To Have a powerful pulpit ministry, we need to have powerful prayer life and powerful exposition of God’s Word using Expository preaching as a tool, that’s what we learned from Dr. Batson. He was a great student and a scholar of God’s Word, yet a humble servant of God. Dr. Batson gave me his ppt notes of Expository preaching which I have used teaching and training many spiritual leaders. Last February, I had a powerful seminar on Expository preaching. Before that seminar, I contacted Dr. Batson who promised to pray for me. His legacy live on for the years to me. The heaven rejoices and the Lord is saying, Well done faithful servant. Lord, help us to finish well like our dear friend and a great teacher Dr. Batson.

Our deepest condolences to sister Roberta Batson and all family members for beloved brother, Dr. Batson’s passing away. The words of Apostle Paul are so true for Dr. Batson: “For to me, to live is Christ and to die is gain” (Phil. 1:21).
As a teacher and preacher Brother Batson left a lasting impact on my life while I was studying at Continental Bible College (later to be called Continental Theological Seminary) in Brussels, Belgium, some 30 years ago. His Expository Preaching course became a mighty tool that I have also had the priviledge to teach here in Finland for many years. Doctor Batson also visited Finland and taught this course to Finnish pastors and students.
I can never forget the words Brother Batson spoke over my life during our graduation banquet in 1991: “Finland needs you, Europe needs you.” Those words have kept on coming back to my spirit during the course of the past years.
May we imitate the faith of those who have gone before us and left a good example to follow, for Christ is still the same today (Heb. 13:7,8). God bless you all!

I attended Dr. Batson’s expository preaching conference he gave at the Potomac District Campground back in 1980 or ’81. Without a doubt the best conference I ever attended. Out condolences to the family, as we celebrate his home-going with you.

Roberta:
On behalf of the Christ Chapel , Woodbridge, Virginia family please accept our deepest sympathy on your loss. George was an awesome man of God. It was a privilege having you and him as a part of our congregation for a period of time. His teaching in our Bible school was amazing. He certainly made a lasting impression on so many students who today continue to use his modality of expository preaching in their sharing of the Word. May the Lord continue to comfort you and yours as you navigate through this difficult time. Love in Christ. Pastor Bill and Lynna Roberts

We are so sorry to lost such a special person in our lives, George had been such powerful and faith inspiring teacher and preacher to us, we will miss special prayer time with him as he had always been kind and caring for our requests and concern.
We do feel privileged to have met and befriend George and Roberta , they are indeed a gift from God for us.