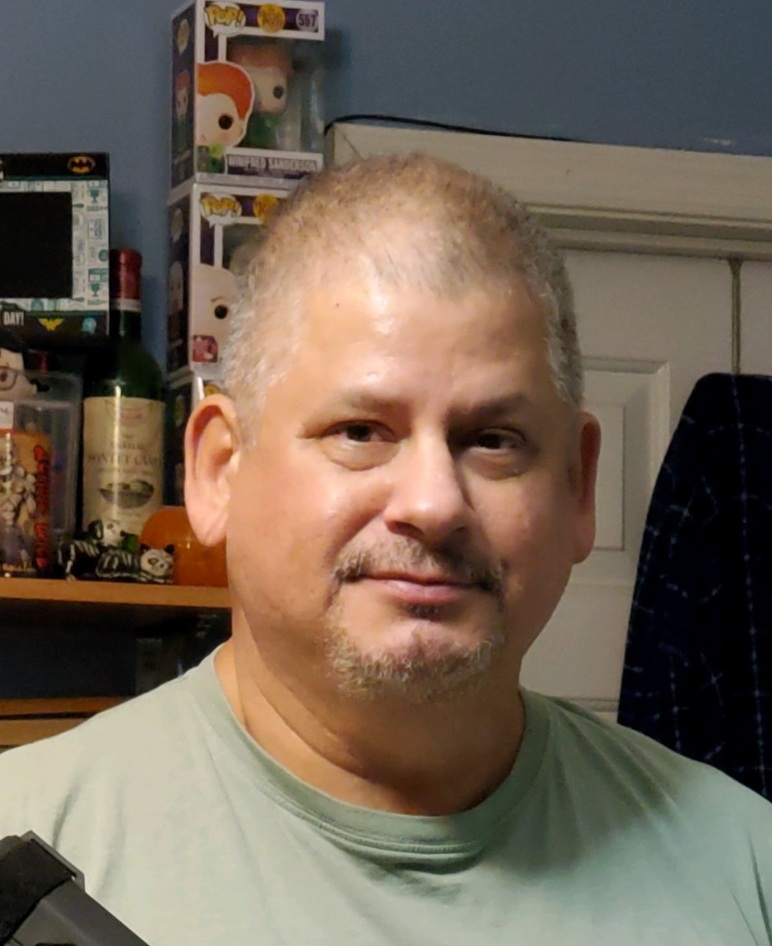 Ralph Anthony Ayala, “Tony” as he liked to be called, age 59 of Lusby, MD passed away very peacefully in his home surrounded by his family on December 9, 2020. He is survived by his daughters, Marie Alexandria Ayala, his grandchildren, Elizabeth, Sophia, and Wade (D), Elizabeth Francisco and her children, Rebecca Ann Covington and her children along with an ex-wife, Elizabeth Ayala and mother-in-law, Elizabeth Leavins all of Alabama, his mother, Sandra Bacud (Soto), his uncle, Rafael, his sister, Veronica Hansen and her husband Damien of VA, her son Anthony, his wife Abigail and their daughter CeCilia.

He is dearly missed by his wife and love of his life, Amy Grace and her sister Becky.  He leaves behind his espoused children, Sarah, Leah and her partner, Aaron and Jacob and his acquired grandchildren Brooke, Chris, Samantha, Lilly and Micah.  He is missed by too many additional family members, co-workers, gaming buddies and friends to list.

Tony was born in and grew up in New York City.  He was very athletic throughout his school years.  He lived throughout the United States and held several career positions throughout his lifetime.  The one that he was most proud of was his position as a police officer and member of SWAT with the Picayune Police Department in Mississippi.  His most valuable role, however, was that of a loving, caring and devoted family man.  Nothing came before his family.  His other interest included Marvel and Star Wars comics, characters and movies.  The pastimes he found peace and solice in were playing online games with his many buddies, going to the shooting range and riding his motorcycle throughout the area.  Above all, Tony cherished people.  He truly had no idea of how many lives he has touched and made an impact on.  There is no doubt that his spirit will carry on in each and every person that was blessed to have known him.

Services will be private.