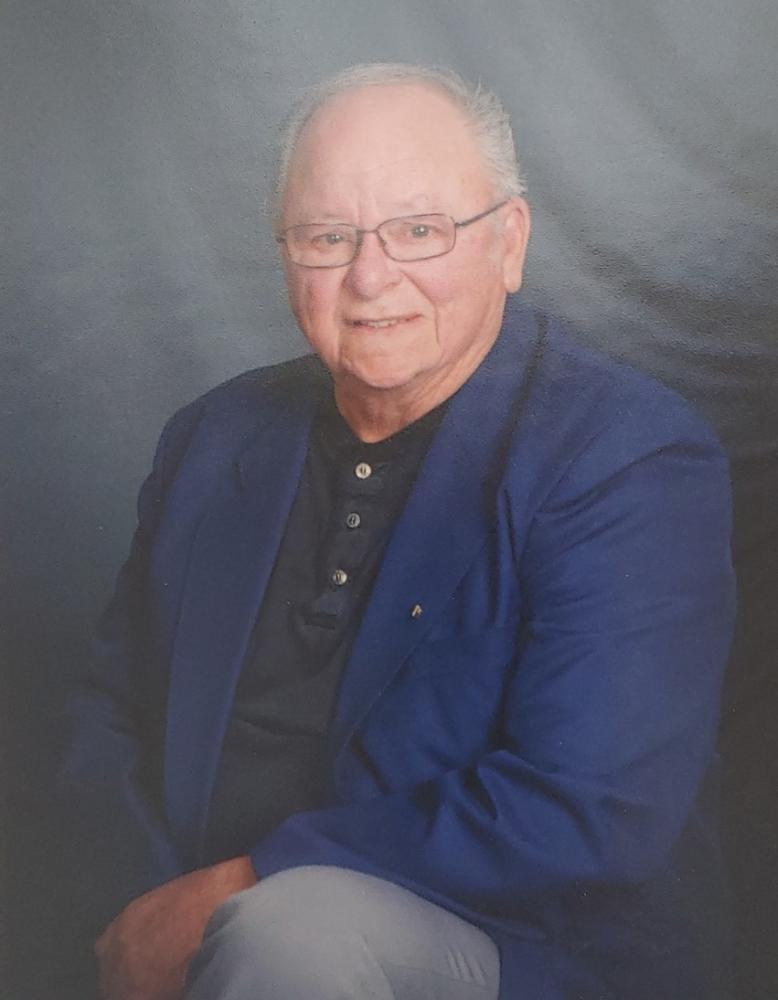 Raleigh W. Courtney, Jr. was born in Oxon Hill, MD on August 10, 1938 to the late Raleigh W. Courtney, Sr. and Sarah G. Courtney.  He was the only son in the family with three sisters; Betty Overby, Catherine Taylor and Mary (Pat) Finley who all preceded him in death.  Raleigh W. Courtney, Jr. married the love of his life Nancy Courtney on February 6, 1965 in a sweet little church in Lignum, VA and was a beloved husband for over 55 years.  He was the beloved father of Raleigh W. Courtney III and his wife Christine Courtney, Nancy K. Snook and her husband Thomas R. Snook, and Patricia A. Karwacki.  He also is survived by six loving grandchildren, Ashley M. Dole, David R. Lynn, Zachery H. Courtney, Megan Floria, Tony Floria, Jessica Floria Harper and four adorable great-grandsons, Jackson Dole, Jadon Dole, Jacob Dole and Jace Dole.

Raleigh proudly served in the U.S. Army and received an honorable discharge in the later part of the 1960’s.  After serving his country and family, Raleigh began his journey as an entrepreneur.  Raleigh had many gifts; some would have said he was a Jack of all trades.  I say he was much more.  He was a man who could turn trash into a mansion for minus 10 cent!  Chew on that for a minute and this is no joke! His main focal point with his life work was to turn houses into beautiful safe homes for families and clients.

In so many cases it looked like he had an extended family as year after year he would share the sweet family stories of how each little one was doing in all the family.  Raleigh retired in 2000 and richly enjoyed fishing, crabbing, his church family at Grace Brethren and puppy sitting his best fur buddy Max.  He was the best boat Captain a family could have! Raleigh was wise and with the help mate that God created just for him (wife Nancy Lee), year after year they overcame things that people just could not imagine! Raleigh gave his family his entire heart and taught core values by living them; “God’s ways are the best way”, he said (passed down by his Grandma).  God first, family second, work third.  Do an A+ job for A+ pay.  Listen more than you talk! Walk in love!

In his later days, God was gracious to allow the family and friends time to say goodbye.  There were many conversations that were just amazing.  He shared that he wished he could have given more to the church.  He felt like he had not done enough for God.  How there is not enough love in the world.  More than anything, he wanted to spend time with you.  To sit down and talk about things.

Raleigh was an amazing one of a kind to say the least!  He was 81 years old and still cutting the grass on his farm out of state with a push mower last summer!  On December 21, 2019 Raleigh experienced what he said felt like an explosion in his head, like someone had shot him (brain bleed).  This was the beginning of his last chapter here on earth.  His last chapter was a painful journey.  As time went on, it was discovered that Raleigh had a brain tumor, lung cancer, liver cancer, and bone cancer.  Raleigh talked a lot about one question.  “WHERE IS THE LOVE?” Raleigh would talk to everyone in the hospital about how good God was and share his testimony with anyone he could get to listen.  We should be more like Forest Gump and just share love with the world (Raleigh’s words).  How can we move towards Love?

Raleigh loved learning.  There were always three Bibles and three dictionaries in the house.  He would write down words that he did not know and look them up when he got home.  There were newspapers all over the house.  If you wanted to talk about something and not be judged for it, he was your man.  There is a friend that sticks closer than a brother.  Jesus and Raleigh.

Raleigh lived for his family, and he loved you (All of you!). He wanted his wife by his side and his family and friends around him.  He would tell you that you could do anything you put your mind to and back you up when you needed it.  Over his life there were several get togethers with family and friends.  They played music into the night and enjoyed life together.

Raleigh loved the Patuxent River.  When the children were younger, Raleigh and Nancy would take them to a place called Town Creek Marina.  There was access to fish from the shore.  Countless weekends were spent on the banks fishing.  Eventually Raleigh and Nancy moved to Southern Calvert County on the river.  He felt like he was on a permanent vacation.

Raleigh loved the Lord.  Most days if you would bring up a specific scripture, he would know it.  Raleigh and Nancy attended Grace Brethren Church in Owings, MD.  Most Sunday mornings you would find him there.  The only regret he verbalized was that he felt like he should have done more for the church.

Today Raleigh and Jesus are celebrating his welcome home party, as this Christ follower is now home!  It began May 6, 2020 when Raleigh peacefully, as he slept, received the gentle touch of Jesus saying come on my friend it is time, you job here is done.  “Good Job My Faithful Servant”.

Today Raleigh would like to extend to all people an invitation to love! 1Corinthians 13:4-8

If you were to call Raleigh on the phone and say you wanted to see him, he would respond “Come see me”. It really didn’t matter what was going on.  Once you were there it was difficult to leave.  He would say things like “Where are you going”? You do not have anything to do.  Stay for awhile.  If you could call him now, he would say the same thing.  Come visit me in Heaven.  Make sure you come now!

Accept Jesus Christ as your personal Lord and Savior so you can visit in the future.

A Funeral Service for Raleigh will be streaming on Facebook Live on Tuesday, May 12, 2020 at 10:30 a.m. on the Rausch Funeral Home Facebook page.

Uncle wickie will be truelly missed .He was a great man .I have many great memories of him and aunt Nancy. RIP uncle wickie.

Uncle wickie will be truelly missed .He was a great man .I have many great memories of him and aunt Nancy. RIP uncle wickie.