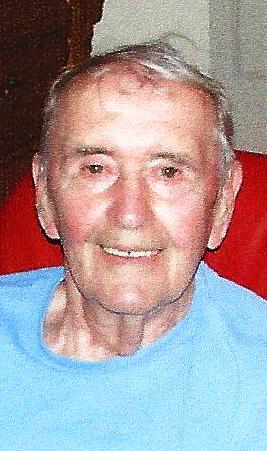 Born June 7, 1930 in Unionville, CT, he was the son of the late John McCashin and Mary (Barry) McCashin.

Paul attended Unionville High School. He served in the U.S. Army from May 13, 1948 until April 7, 1952. He served in the Korean War, received 2 Bronze Service Stars, the Korean Service Medal, the UN Service Medal, CIB, and Parachute Badge. He was a member of the 187th Airborne Regiment, “The Rakkasans.” Paul married his wife, Barbara on July 2, 1955 in Crozet, VA. He moved to the county from Takoma Park, MD in 1996. Paul retired as a real estate agent.

Paul is survived by his wife Barbara; his children, Kathleen Dullnig of Reston, VA and Kelly Chambers of Solomons Island, MD; grandchildren, Elizabeth Chambers and Billy Chambers of Lusby, MD; and sister, Eileen Baldwin of California. In addition to his parents, he was preceded in death by his siblings, Mary Parshley, John McCashin, and Francis McCashin.