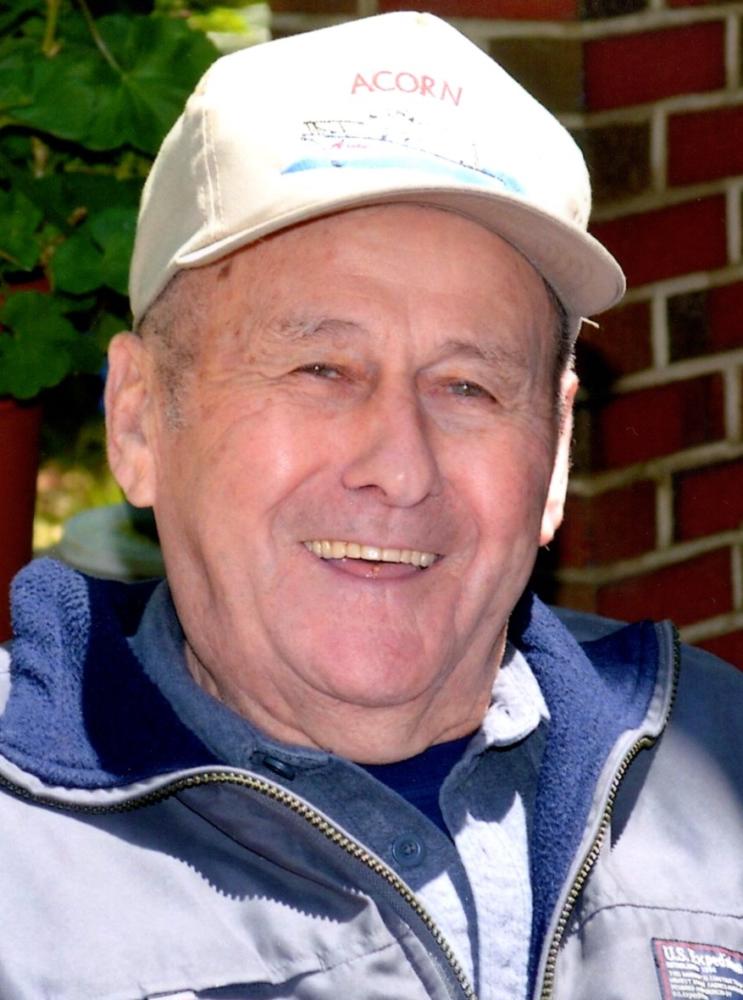 He was born on July 19, 1935 in Waterbury, Maryland, to the late Alpha Omega McClanahan and Noda E. Rinker.

Leaving school after the eighth grade, he worked a variety of jobs (milk carton factory in Cleveland, Ohio, Chevrolet factory in Ohio) before joining the U.S. Marine Corps in 1954. Looking to travel, he volunteered for any and all assignments in order to see the world. Unfortunately, this garnered him a stint in boot camp in Parris Island, a short stint in Camp LeJeune, with a final assignment of the Supply Depot in Albany, Georgia. He left the Marines in 1956.

From there, he worked the strip mines of Pennsylvania, became an apprentice bricklayer in New Jersey, and then a family relative helped him to get a job with PIC Masonry in the Washington, DC area. At PIC, he met Jack Cox and they started doing side jobs together.

While in Washington, DC, he met a telephone operator, Margaret. In a smooth move, he walked past her, kicked her chair, and that is how it all started. They married on January 11, 1958. After a brief stint mining in West Virginia, they moved back to Washington, DC and he returned to brick laying. Ultimately, a new company was born, Bonded Masonry. He and Jack Cox started the company and were later joined by Larry Cox. Thus, was born a great company and friendship.

Retiring in 1990, he enjoyed the three f’s (farming, fishing, and friends). Moving to Flag Harbor, he kept the family fed with fresh fish. While living on Cove Point Road, family and friends enjoyed the fruits (and vegetables) of his labors. Back on the water in Dowell, Maryland, he again enjoyed fishing and also returned to a much loved sport, bowling. He spent many a happy hour bowling (aka Senior Daycare). He enjoyed the sport but also loved the many friendships he gained while bowling.

In addition to his beloved wife, Margaret, he is survived by his children, Joyce M, Shott and her husband, John P. Shott, II, of Alexandria, Virginia, Rita M. Dunevant and her husband Lewis Dunevant, of Marshall, Virginia; his brother Buck McClanahan of Prince Frederick, his sisters, Anna Mae Obelechner of Fairchance, Pennsylvania, Lois Stull of Panama Beach, Florida, Marion Wrona of Fairchance, Pennsylvania, Thelma Van Sickle of Smithfield, Pennsylvania, and Alma Oldland of Smithfield, Pennsylvania; his grandchildren, Lori Dunevant, Cati Shott, and Jessi Shott; and nieces, nephews, extended family and friends. He is preceded in death by his parents, and his grandson, Christopher Dunevant.