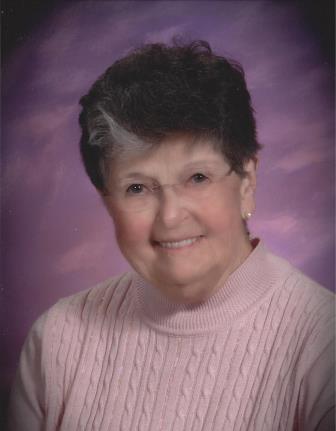 Patricia W. Monnett was born December 11, 1929 in Washington, DC. Pat’s mother, Margaret Simmons, came from the mountains of Headwaters, Virginia to Washington, DC to become a nurse. While in nursing school she met and married Emmett Waters, a young DC policeman. Pat was their only child and grew up in the days when Washington was a hometown where children could safely play in the alleys of Foggy Bottom, ride the streetcars that were more fun than the rides at Glen Echo, walk the sidewalks at night just to enjoy the sights and sounds, and where Pat would become the Washington Star’s first girl to have a paper delivery route. Their family friends were diverse and included Chinese restaurateurs and German neighbors. Pat grew up under the care of her grandmother, Hattie Allen Waters, who lived with the family. It was from Grandmother Waters that Pat learned how to be a proper young lady wearing her little white gloves and accompanying her grandmother to tea at Woodward & Lothrop’s.

Pat was a proud Golden Techite, having attended and graduated from McKinley Tech High School. After high school she pursued an education in nursing as she followed in the footsteps of her mother and Grandmother Waters. Pat began her nursing education at the Emergency Hospital School of Nursing, then finishing at Gallenger Hospital (DC General).

Pat met and married Dennis Monnett in December 1951. They built a home on his family farm in Adelina. She said that as an only child she wanted lots of children of her own and three daughters were born. Her happiness increased as her family circle grew to include 5 grandchildren and 6 great-grandchildren.

Pat followed in her mother’s footsteps as she did private duty nursing for a time before working as an office nurse for Dr. I. Damalouji for almost 30 years. She loved and was loved by many, many folks who were patients in that office from adults to children to their children’s children. When the Calvert County Board of Education partnered with the Health Department to begin a new school nursing program she was one of the first nurses to be hired and served primarily at Appeal and Patuxent Elementary Schools until she retired from her nursing career. But that didn’t stop her from her community service as she continued to volunteer her time at Huntingtown United Methodist Church as a founding member of the Parish Nurses, working at church suppers and funeral luncheons, helping with Vacation Bible School, and being a Missing Piece in the Sunday School. She was a member of the Calvert Memorial Hospital Auxiliary working in the gift shop. Pat also enjoyed delivering for Meals on Wheels. She also spent a brief time volunteering for Calvert Library, ECHO, and the Pines Senior Center. Pat was always a great one to take in rescue dogs and Ory has been her four legged companion for the last several years. Ory was adopted from Calvert Animal Welfare League (CAWL). Contributions in her memory to any of these wonderful organizations would be greatly appreciated. Thank you.

Her friends and her family were her great joys, she had a smile and warm hug and cheerful greeting for all. She loved and was loved by many and her loss among us will be great.