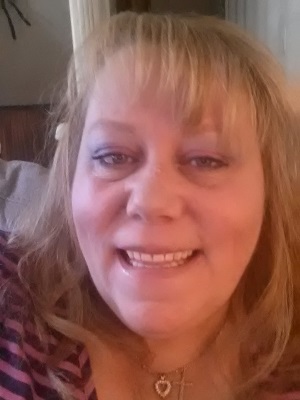 Pamela Kay Stalnaker, 49, of Huntingtown, MD passed away at her residence on November 11, 2013. She was born June 19, 1964 at Patuxent River Naval Base in Lexington Park to Jerry Lee and Eunice (Cornelison) Wigley. Pamela was raised in Georgia. She married Steven Michael Stalnaker on July 10, 1989 and they lived in the Baltimore area, Georgia, and settled in Calvert County in 1995. Pamela was a registered nurse, and she later owned and operated Professional Audit Management, a medical billing company. She enjoyed crafts, and was active in the booster club for the Prince Frederick Eagles youth football team. She also served as a cheerleading coach and commissioner. She was fond of magnolia trees and collectables, and enjoyed roses. She especially loved spending time with her family, especially her grandson.

Pamela was preceded in death by her father, Jerry Wigley. She is survived by her loving husband Steven M. Stalnaker, a daughter Maegan L. Stalnaker, a son Jared M. Stalnaker and a grandson Joseph M. Stalnaker, all of Huntingtown. Also surviving are her mother Eunice Wigley of Calhoun, GA, a sister Traci Morgan, and brothers Dwayne and Joel Wigley, all of Georgia.